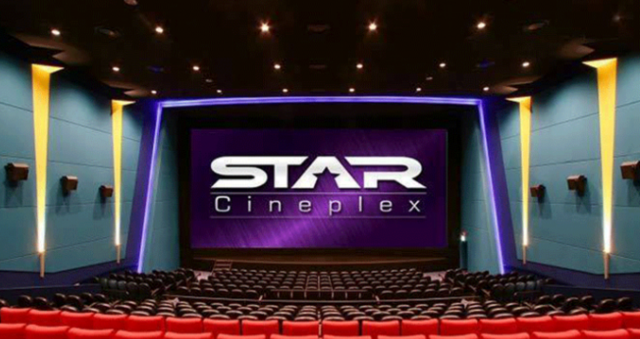 The Star Cineplex is the first and only international standard multiplex cinema in Bangladesh. It was built and is operated by Show Motion Ltd and was opened in 2002. The cinema is located at the top of the new Bashundhara City shopping centre in the district of Panthopath, Tejgaon, Dhaka.

Each of its three screens have 262 seats and all are equipped with Dolby Digital and DTS Sound Sytems and stadium seating.

Entrance to the Star Cineplex:
http://flickr.com/photos/jollybengali/304671373/

The sound quality at Star Cineplex is very poor. No surround sound facility, and the basic stereo may well be Dolby Digital or DTS (doubt it), but is muffled and often drowned out by the noise of the air-conditioning system.

However, Star Cineplex is undoubtedly THE BEST cinema in Bangladesh, unless there is a secret underground bunker diplomatic privilege card-carrying members-only embassy cinema I don’t know about.

Seen some great films at Star Cineplex: Crouching Tiger, Stardust, Batman Begins – and when things got desperate, I even enjoyed Transformers. Definitely a cinema treasure… a rough diamond. Needs some some polish.

There are several interior photos on this site:
http://tinyurl.com/65gv8v