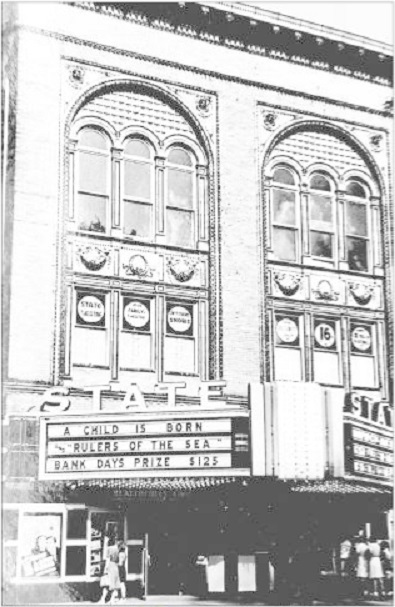 The State Theatre opened on May 27, 1938 with Loretta Young in “Love Under Fire” & William Boyd in “Hopalong Rides Again”. Seating was listed at the time as 697. It was originally operated by Central States Theatres and later by Associated Theatres. The State Theatre closed in the mid-1950’s. It has been demolished. This was one of several theatres located in the downtown section of Dubuque with the largest being the Orpheum Theatre.