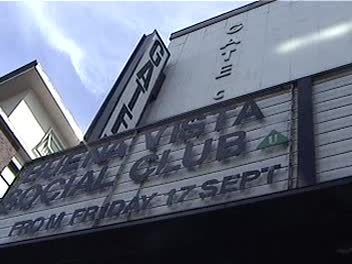 The ground floor room was converted into a cinema by architect William Hancock, opening in April 1911 as the 450-seat Electric Palace. It has a lot of Edwardian plaster-work on the ceiling and walls and is very comfortable, with all seating on a single floor. The exterior and tiny foyer is now of little merit having been rebuilt in the mid-1950’s after the original decorative façade and entrance was badly damaged by bombing during World War II.

By 1934 it was the Embassy News and Interest Theatre, when seating had been reduced to 314. By 1944, it had been taken over by the Capitol & Provincial News Theatres Ltd. (a forunner of the Classic Cinemas chain) and re-named Embassy Cinema. They re-named it Classic Cinema in 1957. The Classic Cinema was a popular revival house, screening many classic Hollywood films for many years until September 1974 when the Classic chain ceased to exist. It then became the Gate Cinema, operated by an independent operator Cinegate. It was closed in 1985, but re-opened in 1986.

The Gate Cinema survives today as a popular art house cinema and is now operated by the Picturehouse Cinemas chain.

In 1994, the Gate Cinema was designated a Grade II Listed building by English Heritage.

Are there plans to keep it open for any other purpose other than for cinema?

Visiting London, last Friday eve, I enjoyed “Lives with Others” with live Q & A with the German director. The sold out audience was thrilled with his interesting, entertaining answers.
Here’s a photo I took of the beautiful auditorium:
View link

That photo reminds me of Le Ranelagh in Paris. Is there any relationship?

It’s great to see this wonderful old cinema being talked about.
As The Gate’s ex (and last!) chief projectionist, I know the building inside out. I have lost sleep, blood, sweat and tears in that place but wouldnt change my time there for anything!

You could not tell from the redone outside that this nice theatre was inside.Very cool looking.

Hi, we’re looking to do some work to celebrate the Gate’s 101st this year. Any old photos/listings/clippings or stories would be much appreciated!

I have just visited the Gate over Carnival and it brought back some happy memories. I was , between being Assistant and then Manager of the Classic Baker Street, Manager here in 1970. The entrance has changed – the chocolate shop is now a cafe-but the original classic film spool handles remain. So too are the display frames- one of which once had my name on it as ‘your host’ (somewhere I have a picture of me next to it in a very trendy suit). It was the only cinema to have daily late night screenings. Also an Indian film club on a Sunday Morning. Despite the best efforts of the projectionist the reels often arrived in poor condition and it was not unusual for them to be run out-of-sequence and if it was a particularly long movie missed out completely- to ensure the regular programme run on time. My belated apologies to those concerned!

David and Barbara Stone bought the business in 1974 renaming it the Gate. More recently it was with the Oasis art-house chain but became part of the Picturehouse family in 2003. Martin Scorcese used the auditorium in his adventure “Hugo” and the cinema will also feature in the upcoming Paddington 2. In regards to the brothel, the hotel’s register often listed around 150 gentlemen a day for a mere 15 rooms which were rented by the hour.