Lyric Center for the Arts

Lyric Center for the Arts 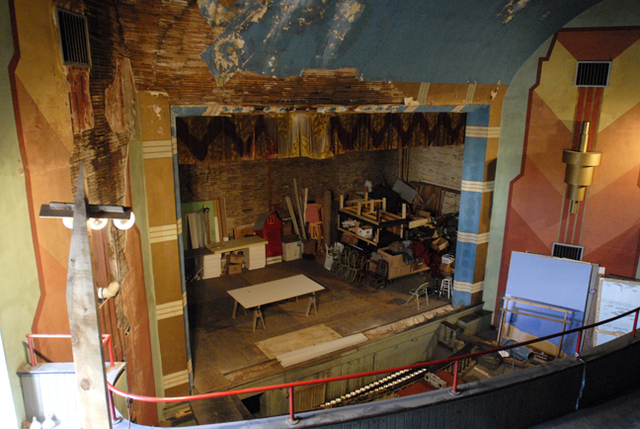 Originally the Lyric Opera House, it had been renamed Lyric Theatre by 1925. The State Theatre was open by 1926 when it was operated by the Finkelstein & Ruben chain. They were taken over by Publix in 1929 and later merged with Paramount Pictures Inc. It was listed as (Closed) in 1943.

The building is still here! I have been in this theatre several times. The theatre is in the back of the building and the old curtain still is intact. The theatre had a balcony also. A local theatre group owns the building now and intends to restore it someday. It is a huge building with a ballroom upstairs. One of the front rooms is being used now for local plays and as an artist gallery. See the following for more info: http://lyriccenteronline.org/history.html

The name of one of the architects in the firm that originally designed the Lyric Theatre is misspelled as Ellerby. Franklin Ellerbe worked in partnership with Olin Round and William Sullivan for only a few years. In 1914 he established the independent practice that, taken over by his son Thomas Ellerbe in 1921, would eventually merge with the Los Angeles firm Welton Becket Associates to form the modern firm Ellerbe Becket, which is now operating as AECOM.

When the reopening of the Lyric Theatre under new management was noted in the January 23, 1925, issue of The Film Daily, the item mentioned the names of the other three theaters then operating in Virginia: the Rex, the Garrick, and the Royal.

Lyric Theatre is completing a storefront renovation right now! Restoring the storefront on the first floor to original design, and making it handicap accessible and fire code compliant. Contribute at www.gofundme.com/lyricstorefront Silent Film Festival fundraiser this summer, 2017. Go to https://www.facebook.com/events/1554972884543851/ and THANK YOU!

Did Jack Liebenberg design the remodel for talkies? What year?

Liebenberg & Kaplan worked on the State Theatre in 1935.