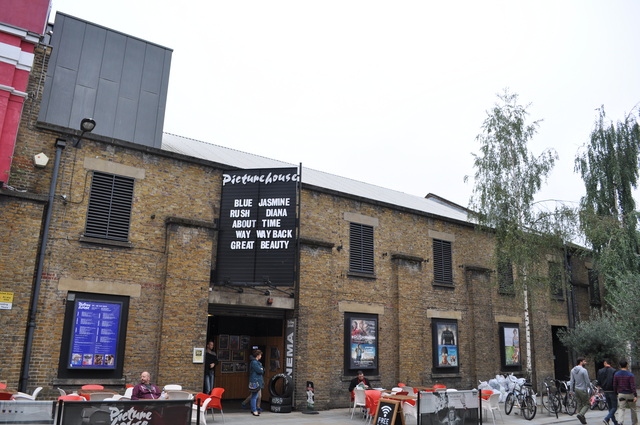 Located in the south-west London district of Clapham. The Electric Palace opened on 20th July 1910. It was designed by architect Gilbert Booth and had a seating capacity of 946. The building was tucked away behind the shops and businesses of Clapham Common/High Street and its entrance was on the minor Venn Street. In 1916 a new entrance had been designed on the High Street by Gilbert W. Booth. In July 1918 the cinema was closed when the owners were declared bankrupt and the building was sold.

New owners put forward plans to demolish the Electric Palace and build a new cinema on an expanded site which would be named the Coliseum and have a seating capacity of between 1,920 to 3,000 seats. Plans were passed and work commenced building the façade and entrance foyer first, which was faced in white faiance tiles (today operating as a Londis supermarket). A lack of funds prevented the remainder of the building being completed, so the auditorium former Electric Palace survived and was eventually converted into commercial premises.

For many years it was a snooker club and in 1990 it was purchased by City Screen Cinemas who converted it into the 3 screen Clapham Picturehouse, to the designs of architectural firm Panter Hudspith Architects.

In 1998 a fourth screen was added which seated 115 and a new bar and restaurant opened which added to the amenities. In January 2007 plans of architectural firm Earle Architects for renovations were approved with work completed in December 2007.

Exterior and lobby photos from February 2015.