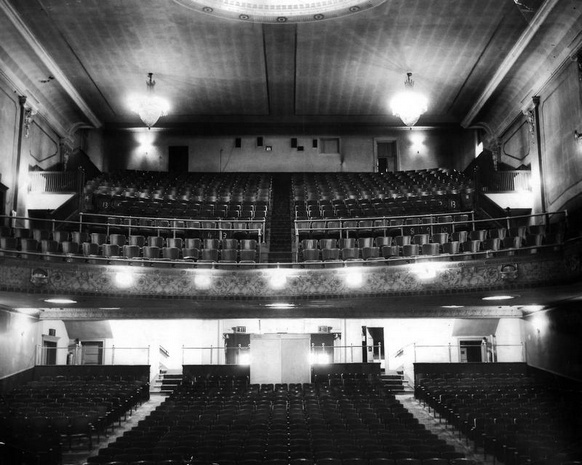 Designed by architect Harry S. Bair, the Strand Theater was opened in September 1915, when it was listed with 1,200 seats. In 1923 it was remodeled to the plans of architect Leon H. Lempert Jr. reopening September 24, 1923 with Claude Gillingwater in “3 Wise Fools”. The new Wurlitzer organ was opened by organist ‘Parkhurst’. By 1941 it was operated by Warner Bros. Circuit Management Corp.

The Strand Theater is listed in editions of Film Daily Yearbook that I have (1941 thru 1950). It was operated by Warner Bros. Circuit Management Corp. in the 1940’s.

Here is an item from the February 27, 1915, issue of The American Contractor:

An issue of Variety later that year said that ground had been broken for the Strand Theatre at Elmira on March 15, and that the house was expected to open by September 1.

Leon H. Lempert architected the new Strand which launched in 1923 with the film, “3 Wise Fools.” The new iteration of the Strand had a Wurlitzer organ and nine-piece orchestra led by H.W. Minier, seating by Karen & Sons, and operated by William Bernstein.

This opened on September 24th, 1923. Grand opening ad in the photo section.

According to the Google Street View, the Strand appears to have been demolished. No buildings along the street that resemble a theatre.