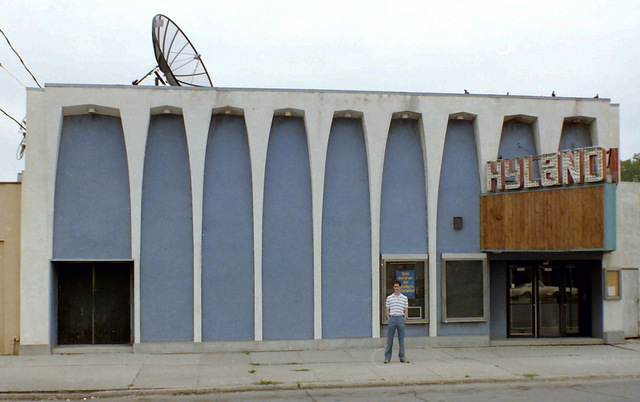 The DeLuxe Theatre was opened on December 11, 1936. In 1966 it was taken over by Odeon and was renamed Hyland Theatre. It was a local second-run theatre, had double bills and kids' matinees on the weekend. On Main Street near McAdam Avenue. The theatre closed in 1983 and is now used as a synagogue.

This looks like it had the same architectural design as the now-demolished Roxy Theatre in Regina. According to Mike Rivest’s site, it was originally the Deluxe Theatre when it opened on December 11, 1936, then it became the Hyland in 1966 when Odeon took it over and ran it until it closed in 1983.