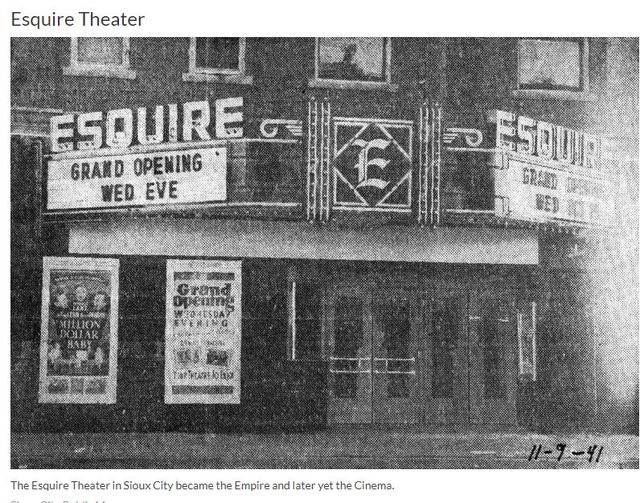 Located in the Morningside district. The Esquire Theatre was opened in the early-1940’s and operated by Iowa United Theatres. Seating was listed at 444. The theatre closed as the Cinema Theatre sometime in the mid-1950’s. The theatre has since been demolished.

The Google photos don’t look right they are not showing St Aubin … anyway, the Esquire eventually became the Cinema Theatre, always was a single screen, and it ran well into the 1980’s – don’t know when it closed. Also not mentioned on the Sioux City theatres page is the Cameo Theatre which was downtown on 409 Nebraska, a twin with narrow auditoriums and it was in business from around the late 60s to the late 80s.

This opened as Cinema on April 30th, 1965. Grand opening ad in the photo section.