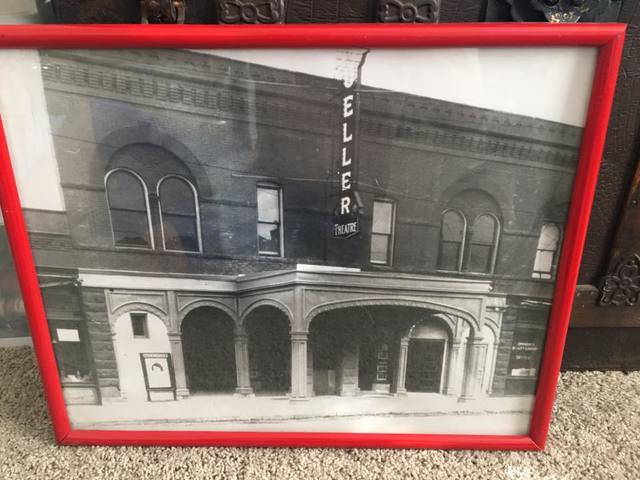 The Mueller Theatre opened in March 1921 with seating listed at 600. In 1935 it was remodelled to the plans of architect H. Arthur Raapke and the seating capacity was increased to 700 and it was renamed Muller Theatre. The theatre closed in the mid-1950’s.

the theater is still standing, i will take pics when the weather gets better

sorry, I was mistaken about the location. The theater burned down and is now a parking lot. Although a resturant on the same block has some pics of the theater hung on the wall.

The Mueller was renovated and enlarged in 1938. Operator at that time was Grobeck Amusements.

The Meuller Theatre opened in March of 1921 with seating for 600 at opening with Bartola pipe organ, a blizzard cooling system and operated by E.A. Harms.

In 1938, Lawrence Grobeck took on the theatre and it was modernized to the plans of architect H.A. Raapke (see sketches in photos) for $37,500. Seating was expanded to 700 seats and the name of the theatre was changed to the Muller Theatre – the name it assumed until closure.

The building was still standing in 2015.