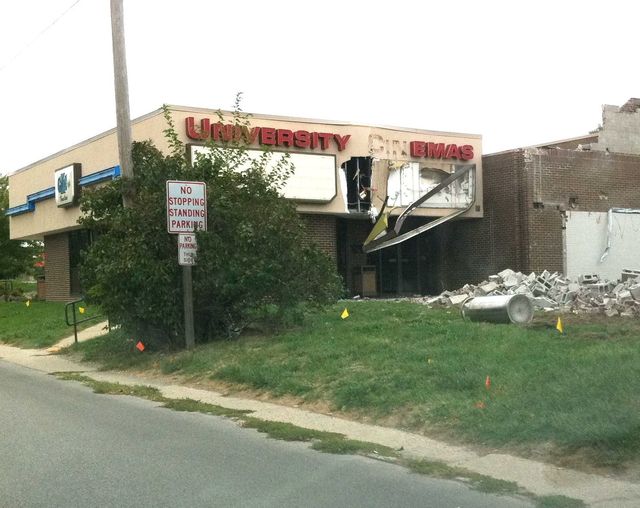 Near the campus of Illinois State University. This was a small stand alone twin-screen theater which was opened by Kerasotes Theatres on December 25, 1970 with Richard Benjamin in “Diary of a Mad Housewife” and Robert Redford in “Little Fauss & Big Halsy”. It was taken over by GKC Theatres in 1991. Later operated by Carmike Cinemas. Very reasonably priced and popular with the college students as they could walk here from campus.

This theater opened in 1971 as a twin and was the first multi-screen theater in the Bloomington-Normal area. It was eventually expanded to house eight screens. Plans were approved in December of 2009 to build student apartments on the site. The theater was last operated as a discount house by Carmike, which abruptly closed the theater on June 30, 2010. Story here: View link

Can anyone take any photos inside or out before it’s torn down?