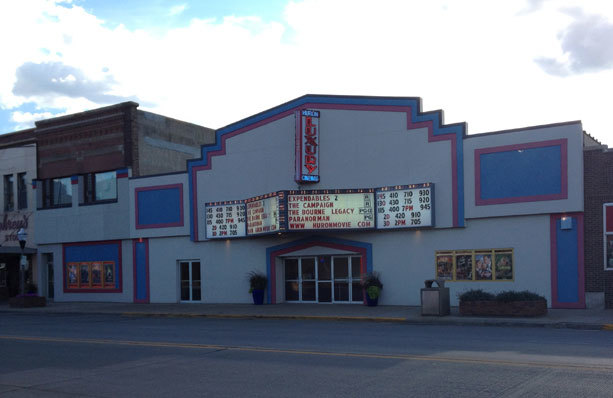 This was the second State Theatre to open in Huron and it opened April 29, 1932 with Eddie Quinlan in “The Tip Off”. It was designed by architect Ursa L. Freed. On December 28, 1942 it was gutted by fire. Archtectural firm Liebenberg & Kaplan were commissioned to draw up plans for the rebuilt theatre which re-opened June 9, 1944.

It was twinned in 1976 and a third screen was added in 1994 when it was taken over by Logan Luxury Cinemas and renamed Huron Luxury Cinemas. A fourth has since been added.