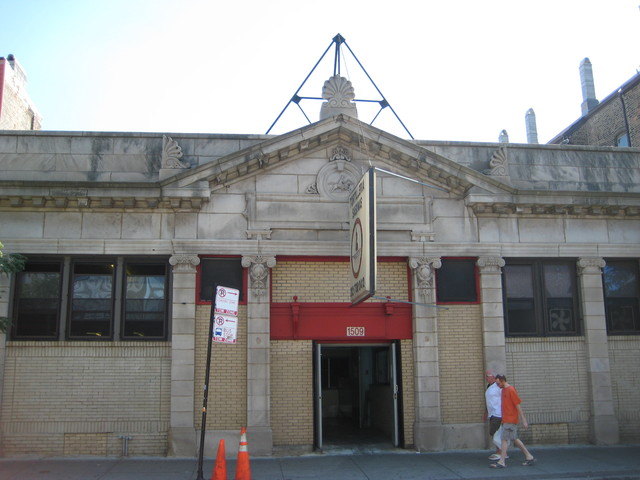 This former nickelodeon appears to be a warehouse now.

This one is a little odd. A 1914 Sanborn map shows the theater occupying only the westernmost of the three lots this building occupies; the building was seemingly built in 1909 as a Post Office (it certainly looks like one too) and the eastern two lots are shown as such. It later became a bowling alley. It seems likely that the theater occupied a third of the post office- perhaps it was built too large for the area.

It was also later a bowling alley.

Now it is a torteya cmpany.