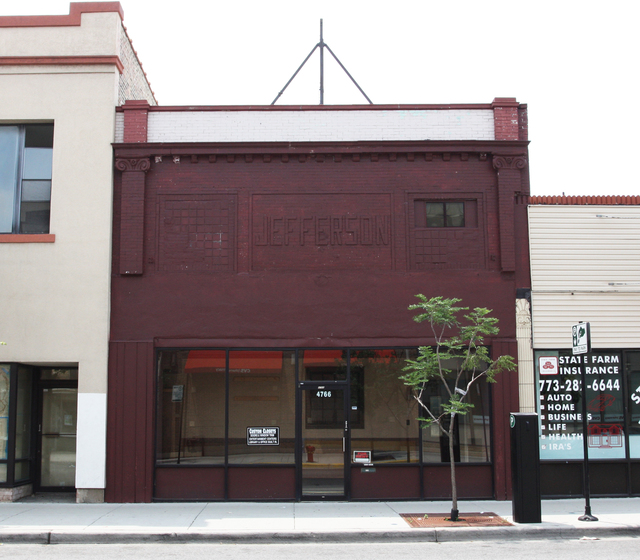 This former nickelodeon is still quite prominent on Milwaukee Avenue, recently repainted in maroon and cream to highlight the detail of its simple facade bearing its name. It is currently a cabinet shop.

I am writing an article on old movie houses in and around Jefferson Park, Chicago; if anyone has a photo of the Jefferson Nickelodeon or any idea where I can find one please contact me.

The American Contractor Building Permit index indicates that it was started in 1912. Architect was E.M. Newman.

I’ve heard that it’s possible that the Lero building adjoining the Jefferson directly to the south (seen here on the left) was actually the movie theatre. Is that possible? Looking at the inside of the Lero, it seems possible that the space was originally a large, single-story space, such as would be used as a theatre. And the seating capacity seems to imply a larger area than the inside of the Jefferson. Anyone have any input on this?