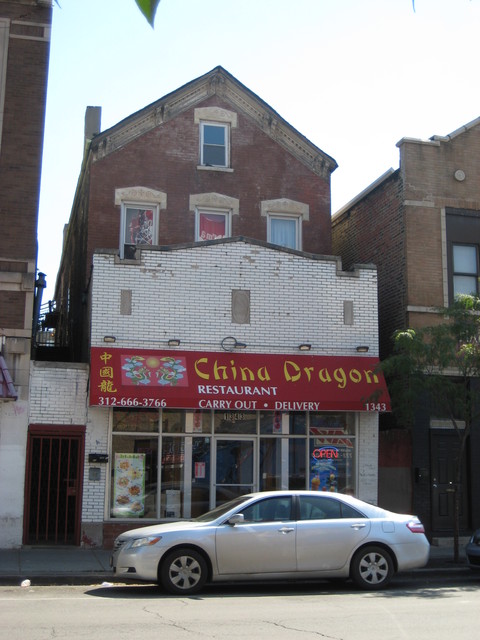 This odd theater (not to be confused with the other Gem two blocks farther down 18th) clad in white glazed brick, near the corner of 18th Street, Blue Island Avenue, and Loomis Street - and two doors from the similarly sized Stadium, and also very near the later Villa - appears to have been created by grafting a theater onto an existing house. It operated at least from 1913-1927, and was renamed by 1917. It housed a print shop and currently (2008) is a Chinese restaurant.

It looks like the building now houses a Chinese restaurant. There are some interior photos on this site:
http://tinyurl.com/654u26