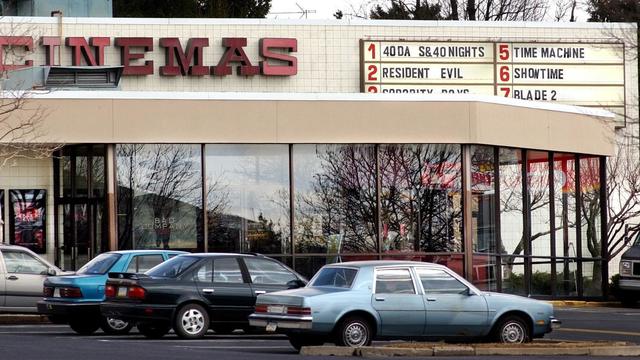 The theatre opened on February 6, 1977 as a triplex. Robert F. Klaas, a former theatre owner in Maplewood, New Jersey, was hired as its first manager. It was a very high volume unit, that was expanded to five, and then later eight screens in two renovations in the late-1970’s and early-1980’s.

Klaas was quite a showman, who was constantly committed to promoting the theatre in the Lehigh Valley. It was most known for its highly successful midnight movie series, but it also excelled at concession, VIP ticket sales, Ladies Day shows, and the rental of individual auditoriums for corporate presentations. All of this was largely based on Klaas' efforts. Over time he earned the distinctions of being awarded the Regional Manager of the year at various times, as well as once the Manager of the Year of the entire circuit. It was General Cinemas busiest theatre in the Philadephia Division, as well as one of the busiest in the entire circuit.

Klaas left the theatre in January of 1986 to become the Division Manager in Cleveland. When General Cinema eliminated the role of the DM, Klaas became an Area Manager, working out of the Brigewater Commons 7, in Bridgewater New Jersey. He retired before General Cinemas bankrupcy.

It was sold to AMC theatres at the time of the bankrupcy. But, unfortunately, AMC rather quickly closed it on January 5, 2003, as there was another AMC 14-plex nearby, and felt an 8-plex was becoming obsolete in the new millenium.

It was demolished and a Linen & Things store now occupies the site.

It was truly an extremely elegant and grand theatre, and it is sad to see that it is no longer open. I’m not sure that 8-plexes are obsolete in this day and age, but that supposes whether or not they can be expanded, and what kind of competition might they currently have.

I’m not sure what the AMC 14-plex above references but Carmike had at that time just opened a 16-screen theater by the Airport. AMC of coarse really did nothing when they took over the theatre and last I had gone their, the summer during AMC’s take over, the place was not nearly as busy as it was a few summers earlier. Two things I remember: there was what might have been an old lobby with a concession stand and the far left of the complex (a marquee above it directed patrons to the entrance with box office to the left). On that side of the complex they had (not sure if this was an expansion or not) up about five stairs two smaller(?) theaters and restrooms. Not sure these were ADA compliant. The remaining 6 were at ground level. The main restrooms I recall were upstairs (not uncommon in GCC sites – Buffalo where I presently live is like a GCC museum with the multi-era Thruway Plaza, the 80’s era McKinley Mall, and the 70’s era Eastern Hills Mall – which has the aforementioned restrooms on the second floor along with the former Ocean County Mall). This one did have a handicap restroom by the concession stand. Can anyone shed any light on the expansion and/or division it took to get to 8 theaters?

The GCC i worked at was built before handicap laws; we had to open a back exit door to wheel them in,sure it felt degrading at times.

Robert Klaas here…just found this site and joined. Was manager here for first 8 yrs…77 to 85. Construction comments by Richard Wolfe are mostly accurate. Operations comments by Dan Doherty at the top are appreciated. If anyone has any questions about this complex, I’ll be glad to answer.

This was THE theater in the Lehigh Valley for the longest time. Mr. Wolfe is correct, it did look more like an arcade than a movie house, but at the time I loved it. Just a kid easily impressed by neon, I suppose. Of course I look back on the theater now with rose-tinted glasses, much like most things I stare at through my life’s rear-view mirror, but there came a time when I hated this theater. The cushioning on the seats had long since been matted down by years of ever fattening people (myself included). The people who went were often loud and annoying, and worst of all some of the theaters were the longest, narrowest things ever created. I once had to move closer to the front just to be able to hear it. It was a dive most certainly, but it’s a dive I grew up with, so I can never really fault something that gave me great memories.

http://articles.mcall.com/2002-12-13/news/3428308_1_general-cinema-s-chapter-movie-theaters-general-cinema-theaters article on the Theater closing it’s final name was “AMC Lehigh Valley Mall 8” AMC only kept it open from March 2002 to December 2002.

Lehigh Valley Mall theater to call it a wrap December 13, 2002|By Mike Frassinelli Of The Morning Call 4-5 minutes

On Jan. 5, the lights will dim inside the Lehigh Valley Mall movie theaters.

Only this time, they’ll stay dim.

Nearly 26 years after opening with the films “Freaky Friday,” “The Seven Percent Solution” and “The Cassandra Crossing,” the mall’s cinemas will turn off their projectors for good.

Moviegoers dressed in leather and hosiery will have to find another place to swear at silly dialogue and throw rice at fellow patrons during showings of the “Rocky Horror Picture Show,” which has enjoyed a record run of more than 24 years at the mall.

On the other end of the spectrum, the Hope Wesleyan Church will have to find another place to hold its Sunday morning services.

When it opened with three screens on Feb. 6, 1977, the Lehigh Valley Mall General Cinema was the first theater of its kind in the region.

Known since March as AMC Lehigh Valley Mall 8, the eight-screen theater has become a dinosaur in a world of stadium-seating movie theaters with digital sound.

“I’m going to miss it,” said Bruce Copio, general manager of the theater. “It’s the first shopping center theater in the Valley. It’s the end of an era, I guess.”

He said the theater employs between 17 and 20 during this time of the year.

In March, bankruptcy court accepted AMC Entertainment’s plan to buy General Cinema as part of General Cinema’s Chapter 11 reorganization. A spokesman for AMC said at the time that the company would evaluate the performance of all General Cinema theaters.

“It’s an old building, it’s obsolete,” Copio said on Thursday. “They are building all the fancy stuff now, with the stadium seats.”

The theaters are expected to give way to a department store.

Everyone from Hannibal Lecter to Forest Gump, from Luke Skywalker to Charlie’s Angels, from Batman to Spiderman, has been on the theaters' screens.

“Freaky Friday,” starring Barbara Harris and Jodie Foster, was a slapstick Disney comedy about a mother and daughter who switched bodies.

“Rocky Horror” has been shown midnights during weekends since May 26, 1978.

During the cult classic, a line in the movie about making a toast causes patrons to fire bagels into the air.

At least two couples who met during showings of “Rocky Horror” have been married.

But people who dress as Transylvania transvestites are not the only ones who will miss the mall theaters.

The Rev. Dan Hall has grown his congregation since moving Hope Wesleyan Church to the mall theaters on Sept. 24, 2000. The church has attracted more than 120 people during 10 a.m. Sunday services in Theater No. 3.

Hall said that although a church “is not about bricks and mortar, it’s about people,” church members have become attached to the theater.

The theater seats are the pews.

Hall has made good use of the giant screen behind him during services. During a talk about the importance of getting off the sidelines and getting into the game, he showed a clip of Gene Hackman as a coach giving a rousing speech during the basketball movie “Hoosiers.”

“We find that most people get their information visually today,” he said. “To just sit and listen to a talking head gets boring.”

Hall also said the mall provided a visible, central location for members, who drive from Slatington and Phillipsburg and points in between.

The church, which rented the theater for $200 a week, is looking for another location.

Church leaders will hold the first — and only — Christmas Eve service at the church — the movie theater, rather — at 6 p.m. on Dec. 24.

Does anyone happen to have newspaper scans or audio clips of the ads for the Lehigh Valley midnight movies during the 80s/90s? I remember the radio ads for Rocky Horror/Pink Floyd The Wall/Make Them Die Slowly, etc so vividly.

I am VERY late to the game, but I wanted to say hello to Dan and Mr. Klaas. I was employed at GCC in 1985 and was one of the “artists” who painted the Care Bears on the windows. I have VERY fond memories of GCC, including the “bridge” aka the main concession stand in front. If anyone happens to have photos of the theater at that time, or the painted bears, I would love to see them!

Hello to annemfoster from Bob Klaas. Thanks for all your interest in the Lehigh Valley Cinemas. I had a great time there managing from it’s opening in 1977 until transferring on to Division Manager in Cleveland area, Ohio in 1986. I do remember the excitement over the Care Bears in spring 85. I personally was caught short in planning for this film as I was early in considering my transfer and so the film’s enormous popularity surprised me and was somewhat unprepared. But I do remember having all those windows painted. It was always great fun doing things to liven up the “joint”. Sorry to say that I don’t remember you personally (sorry). There was always many things going on there from the Fri Sat late nite films to Senior Citizen movie days, to kiddie shows, etc. I do have photos of the inside ust after the conversion in 84. If you want to send me an email address I will look for them and send you a few privately. Thanks again for your interest. Bob…(Mr. K.)