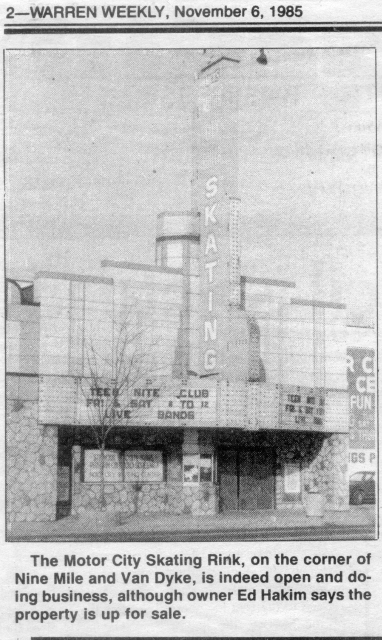 There are some additional photos on this page:
http://tinyurl.com/64nvtr

One of my grandfather Albert S. “Al” Johnson’s slides, taken in August 1948, shows a relatively large entrance with four sets of double doors and an immense vertical Motor City neon sign above the marquee. The 1948 film “Alias a Gentleman” with Wallace Beery, and the 1937 Western “Rustler’s Valley” were showing at the time. A second slide shows the another side of the building (both images uploaded to this website).

In the same building, a drugstore can be seen to the left of the theatre. The visible sides of the building facing the two streets are done up in a nice art moderne or art deco style, and feature the porcelain enamel tiled finish which characterized several of the theaters that Johnson built and remodeled between the 1930s and 1950s.