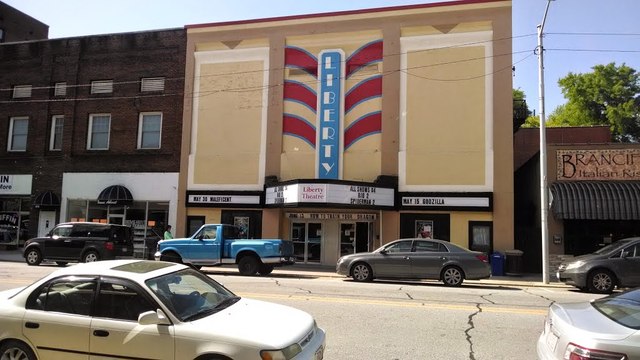 Originally at this address was the Orpheum Theatre which was destroyed by fire in 1946. It was rebuilt and reopened as the Liberty Theatre. It has been a part of downtown North Wilkesboro, NC since 1946. It served as a single screen house from its inception through the mid-1970’s. The theatre was bisected in 1976, creating two equal sized houses on either side, with the lower balcony being re-configured as the projection booth.

This theater has SO much potential! I wish I had the funds for preservation. Character, external and interior facade have lots of unclaimed character!

Good to see that a downtown theater outlasted Carmike Cinemas' shoeboxes. Can they survive digital conversion?