Blue Bridge at the Roxy

Blue Bridge at the Roxy (Official) 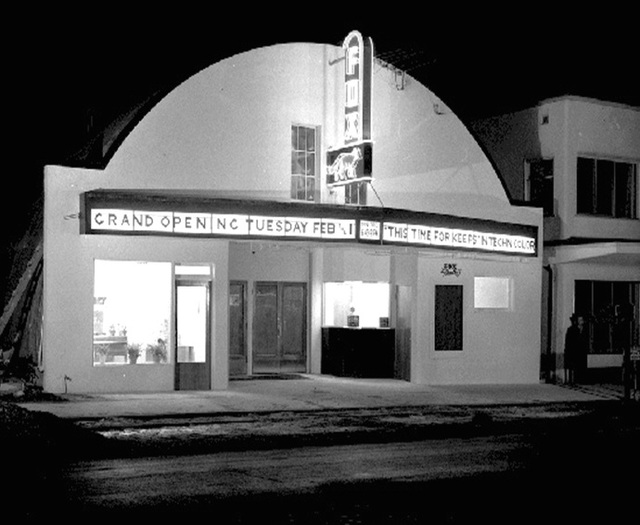 Opened on February 1, 1949 as the Fox Theatre with Esther Williams in “This Time For Keeps”. Closed in December 2013. It is now in use as a live theatre and by 2016 it had been taken over by the Blue Bridge theatre group.

Life in the old girl yet!

The Roxy Classic Theater, a Victoria Landmark Cinema with a vibrant and rich history. Included in this offering is land, business, and building. Located in the heart of Quadra Village, a rapidly revitalized urban center for Victoria’s Avant Garde. This exclusive offering boasts many unique avenues, including the opportunity for a residential/commercial redevelopment, reconfiguration back into a live Venue, or a continuation as Victoria’s only single screen “Art House” theater. This is a genuine opportunity to be part of Victoria’s Heritage. The current business boast steady and reliable income and an established and growing audience. This is a self-sustaining investment with significant upside alternatives. Floor plans, additional photos and more information at www.binabstrasser.com Presented by Binab|Strasser REMAX Alliance – Yates Street in Victoria BC

No longer showing movies as of Xmas 2013.

…The Flick, a new play by the exciting up-and-coming American playwright Annie Baker currently having a warm and welcome Canadian premiere in Victoria, is a theatrical requiem for film, the medium that once seemed an existential threat to theatre, and an eyebrow raised skeptically in the direction of digital, the new supervillain in town. Its main character is Avery (Jesse Reid), a twentysomething film buff hired to rip tickets and work concessions at one of the last remaining movie theatres in Massachusetts to use a 35-mm projector. In Chelsea Haberlin’s smooth and streamlined production, we meet him on his first day of work, shyly sweeping up popcorn with a slacker named Sam (Chris Cochrane). Eventually, however, Avery comes out of his shell to pronounce his disdain for digital movies in the play’s take-away monologue. “Film can express things that computers never will,” he says. “Film is a series of photographs separated by split seconds of darkness; film is light and shadow and it is the light and shadow that were there on the day you shot the film.” ….The elegiac tone of The Flick, a hyper-colloquial and deceptively simple comedy itself full of light and shadow, is deepened in its Victoria production by the fact that it’s being performed in the Roxy, a second-run cinema purchased by Blue Bridge Repertory Theatre a year ago. Blue Bridge, a classics-oriented company run by University of Victoria theatre professor Brian Richmond, is not the first theatre company to take over a struggling cinema. It happens all the time. In fact, on my latest trip to British Columbia, every play I saw happened to take place in a theatre that once showed movies. 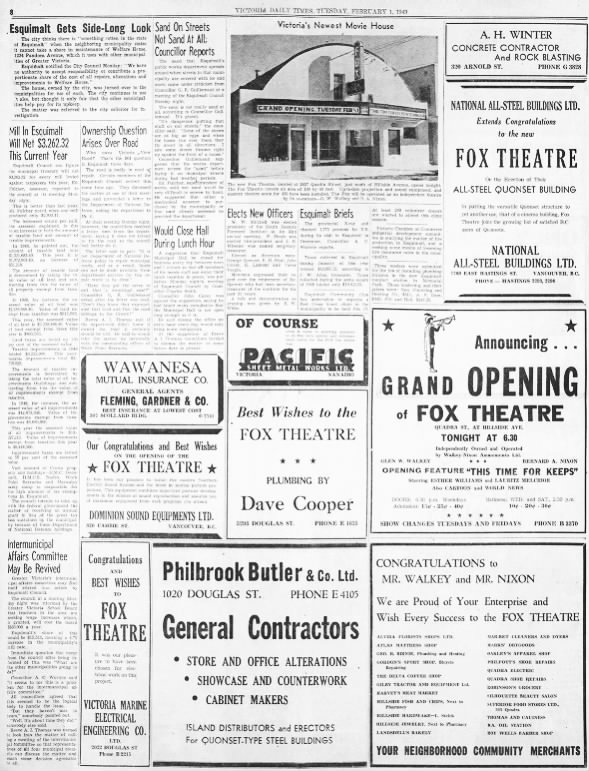