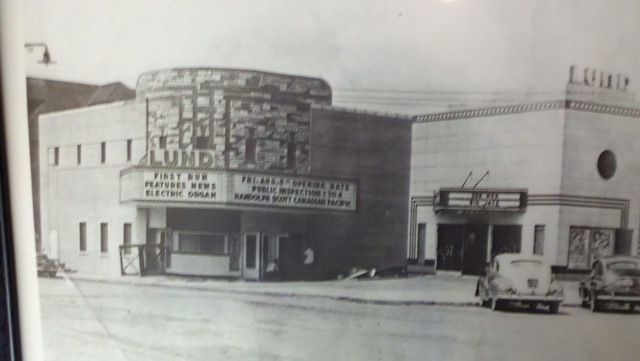 The First National Bank of Carmichaels purchased the Lund in 1971 and subsequently razed it to make way for a parking lot. The Carmichaels Borough Council announced at that time that the lot would be beautified by the addition of trees and shrubs.

Here is a 1965 ad from the Uniontown Morning Herald:
http://tinyurl.com/2mkkbm

The August 13, 1949, issue of Boxoffice Magazine said that the new Lund Theatre in Carmichaels had opened on August 5th. The new theater was adjacent to the previous Lund Theatre, which was to be closed and converted to a storeroom. The new building was 60'x140' and had a 28'x30' stage. The seating capacity of the new house was given as 800. The proprietors were named as John Lund and his son, Werner “Fuzzy” Lund.