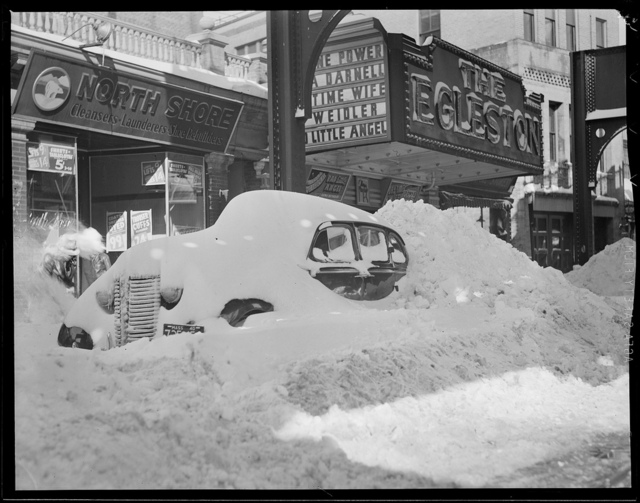 The Egleston Theatre was located in the Egleston Square neighborhood of Jamaica Plain, a section of Boston. (In some theatre lists, it is said to be in nearby Roxbury.) It was operated at one time by M & P Theatres, an affiliate of Paramount. It was near the Egleston station on the elevated railway between Dudley and Forest Hills.

This theatre was demolished in 2003.

What is being built in its place?

I have no idea.

From the Jamica Plain Historical Society:

On the site of the wood frame Egleston Methodist Episcopal Church dedicated on June 13,1872.
Densmore. LeClear and Robbins were involved at the same time with their design of Beth Israel Hospital on Brookline Avenue.

Here is a link to a 1924 map showing the exact location of the Egleston Theatre:

MarkB – thanks for posting the link to this map. I didn’t realize that the Egleston Th. was on the west side of Washington St., somehow I was given the impression that it was on the east side of the street right near Egleston Sq. No wonder I couldn’t seem to spot it from the el train overhead – I was looking on the wrong side! Well, Duh !

I just learned from someone who would know that the Egleston closed in 1961.

That info agrees with the JP Historical Society info posted above which says it closed in April 1961.