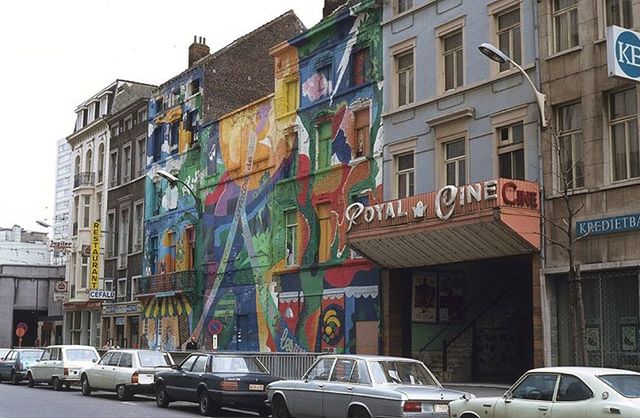 Opened in 1915 on the Rue de Brabant near North Station, this cinema closed in 1986. The cinema specialized in B-movies and Westerns in the 1950’s and 1960’s and featured two films on each program, two programs a week. One of the last films shown here was “Rambo: First Blood II”.

A vintage photograph of the Royal Palace Nord in the 1970’s:
View link