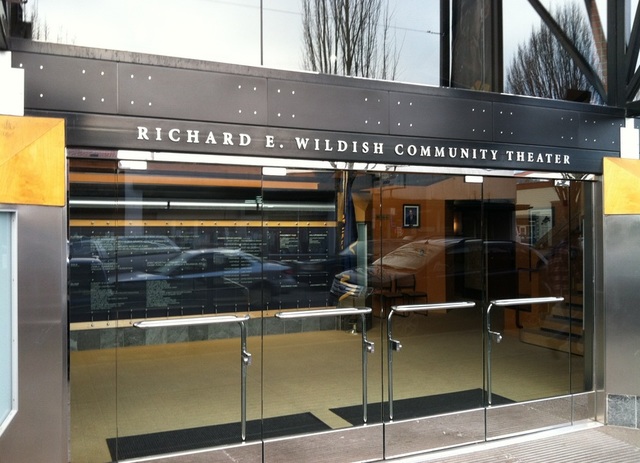 The McKenzie Theater originally opened in 1946. In the mid-1980’s it was known as the Fine Arts Theatre.

After closing, it was used as a boxing arena, and then a dance hall named ‘The Zoo’. It was renovated and reopened as the Richard E. Wildish Community Theater in November 2006.

The McKenzie Theatre was designed by Portland architect James W. DeYoung and opened in September, 1946. The October 19, 1946, issue of Boxoffice said that the McKenzie was the first theater with a reversed-floor arrangement in the northwest. There were 600 seats.

The original owners, Austin Dodge and Roy Carpenter, sold a half interest in the house to Western Amusement Company in 1947, according to the May 24, 1947, issue of Boxoffice.