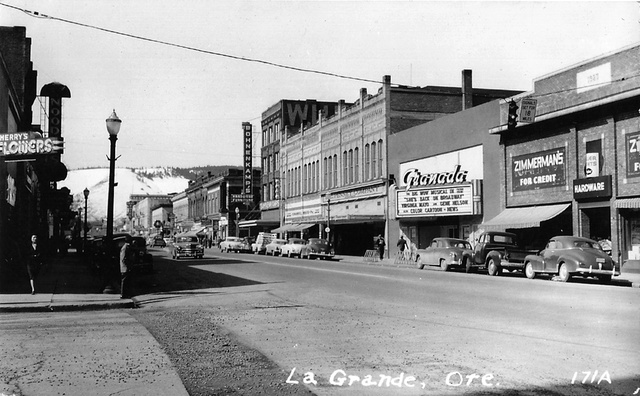 Opened as the Star Theatre, it was renamed Granada Theatre in 1952. The Granada Theatre is owned by the Grandson’s of the Greulich family. Originally owned by John Greulich, who owned an interest in the Pendleton, OR theatres before the talkies. He sold his intersts in Pendleton and purchased half-interest in the La Grande theatres before the depression. During the depression he was given ownership of the State Theatre (known as the Sherry Theatre at that time).

During WWII, his son was in Europe, and during that time John Greulich died. His son returned and sold the other half-interest from Don Myers to Ted Jones of Western Amusement.

The Granada Theatre was remodeled and it was converted into a triplex. The family also operate the La Grande Drive-In, which is open every summer season, and is one of three that operate in Oregon.