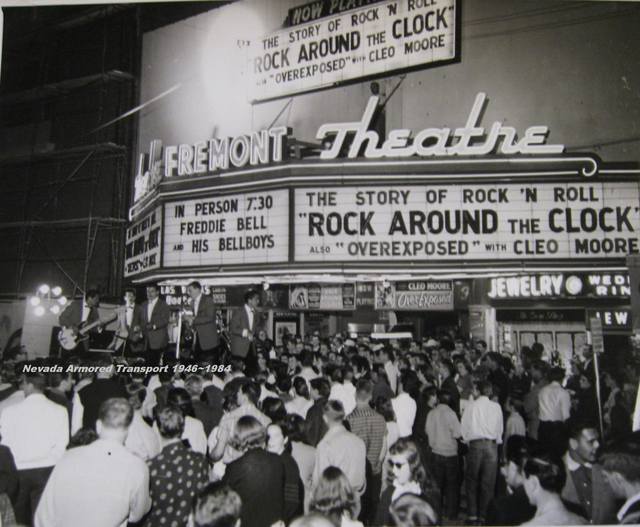 One, two, three o'clock, four o'clock rock…“ Freddie Bell and his Bellboys play for the crowd in front of the Fremont Theatre during the movie premier of "Rock Around the Clock” starring Bill Haley and his Comets. Freddie’s band was also featured in the movie along with many others which is widely considered to be the first major rock and roll musical film. Credit Las Vegas News Bureau March 1956.