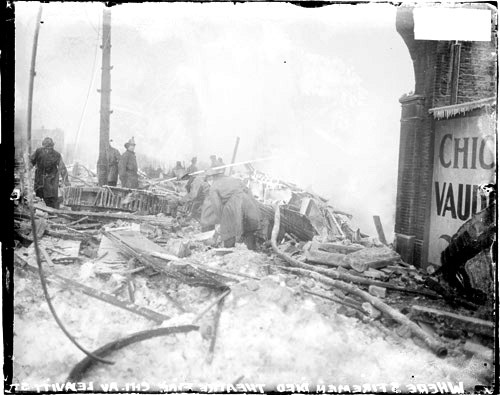 This theater was built before 1910. It was laid out somewhat oddly, with the auditorium parallel to the street and the lobby opening on the cross-aisle of the house. It had a small balcony.

It burned January 9, 1918, in a fire that caused a wall collapse which killed six firemen. The collapse may have had to do with heavy snow on the roof.