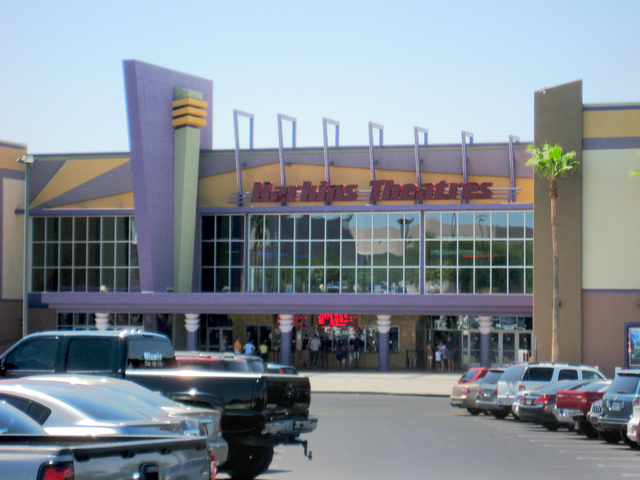 Harkins Chandler Fashion Center 20 was designed by the Phoenix architectural firm Level 4 Studio. The firm has desgined several multiplexes for the Harkins chain, as well as two projects for Ultrastar (partial list.) Tim S. Ward and Nik E. Perkovich are the principals of Level 4 Studio.

The Level4 Studio web site has gone missing. Although a number of Harkins Theatres projects were featured in the firm’s online portfolio, it appears that most of them were designed before Tim Ward and Nik Perkovichi founded the firm. Before Level4 was founded, Tim Ward was half-owner of another firm, D&L Architects & Associates, and the Harkins theaters opened prior to 2005 that are attributed to Level4 should probably be attributed to D&L Architects, even though they were featured on Level4’s web site. As it opened in 2001, Harkins Chandler Fashion Center 20 is one of those projects.