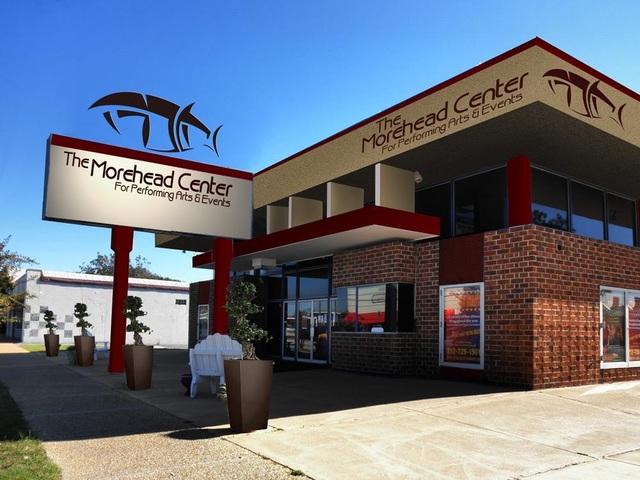 The former Morehead Theater (the second Morehead Theatre to operate in this town) was opened in 1966 and was operated by Stewart and Everett, then Carmike Cinemas, it became a live entertainment theater named the Eastern Carolina Showcase Theater. Later renamed Moorehead Center fro the Performing Arts and Events, in March 2017 it was renamed Carteret Community Theatre.

This is a photo of the City Theater in Morehead, circa 1965. It doesn’t look much like the map photo, unless there was some drastic remodeling when the theater was twinned. The current building looks more like a bank.
http://tinyurl.com/yc8gg3d

This theatre is now known as the Morehead Center for Performing Arts and Events, with address listed as 1311 Arendell Street.

Carmike called this theater the Morehead Twin. The former Morehead (Twin) Theater loooks nearly identical to the Town & Country theater in Aberdeen, which was opened in 1966. Both the Morehead and the Town & Country were built by Stewart & Everett, so the Morehead (Twin) Theater was most likely built in the mid-1960s as a single-screen. I have seen a photo taken in the mid-1950s of the old Belk store on the 700 block of Arendell Street (I forgot where I saw it); next to Belk’s was a movie theater named the Morehead. This may have been the 1954 theater; it looked nearly identical to the Wilrik theater in Sanford (which was also S&E).

This theater has been renamed again; now as the Carteret Community Theatre. Morehead City still lacks a cinema; the nearest cinemas are the Atlantic Station 4 in Atlantic Beach, Emerald Plantation 4 in Emerald Isle, and the AMC Classic Havelock 6 (former Carmike Cinema 6) in Havelock.