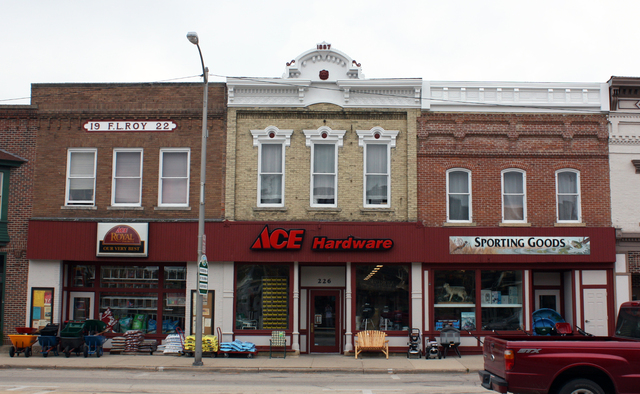 The Orpheum Theater was opened in 1918. It was initially a silent movie theatre and was equipped for ‘talkies in 1929. In 1937 new owner took over and it was renamed Town Theater. In 1939 it was given a new façade. It was still open in 1957. Following closure it became a hardware store.

the local historical society says it was named Towne Theater.