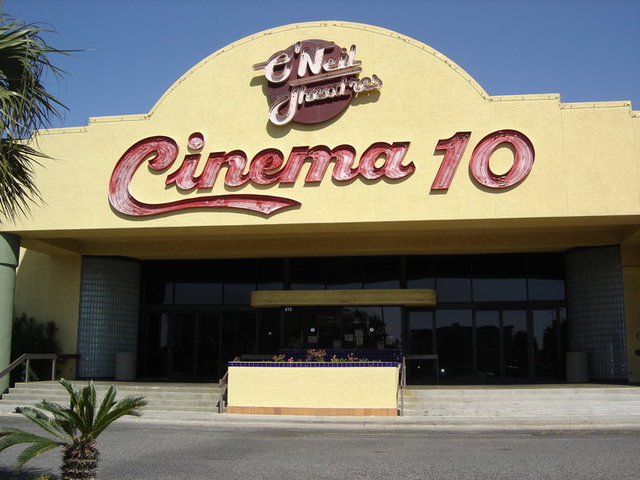 Owned by O'neil Cinemas which owns 60 screens in seven theatres in Florida, Mississippi, Alabama and Louisiana. The Edgewater Cinema 10 was opened on June 11, 1988. It was closed in 2007. It was demolished in 2009.

As of November 2007, a sign posted on the main doors says “CLOSED”. According to friends who frequent Panama City Beach, it’s been closed since the end of summer (which is when the majority of visitors leave, as this is a resort/Spring Break destination). This isn’t a surprise as the brand-new 16-screen, stadium-seating Grand Theatre opened up at the new Pier Park plaza within a few miles of this traditional-seating theatre.

Thank you, Lost Memory, for providing that link.

Edgewater Cinema 10 was demolished in 2009, now American Charlie Grill & tavern is currently in the exact location.