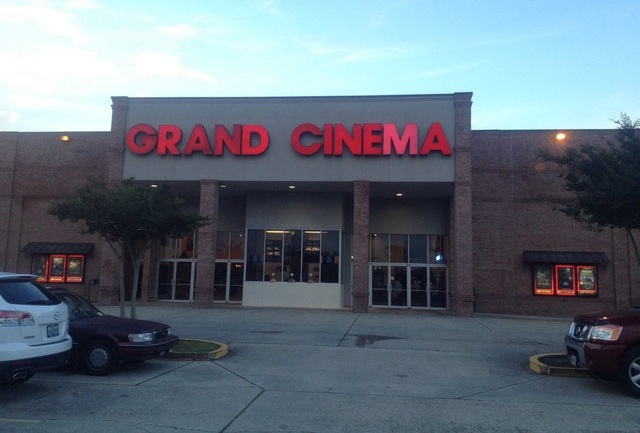 Here is a brief history of this theater. It opened in early 1994 as Oak Cinema 8 to cater to citizens of southeast Baton Rouge, an area that did not have a nearby theater. For the first 1-1 ½ years in operation, it aired second-run movies before switching to first-run in July 1995. In September 2002, the owners of the theater closed it for renovation to upgrade it to one with stadium seating and digital sound—doing this because of the planned opening of the Rave Motion Picture Theater a few miles north (which eventually opened in 2003). When it reopened by the 2002 Thanksgiving/Christmas season, it was renamed Grand Cinema, which is what it is called today. The theater has always been locally owned and operated (currently the only O&O in BR) now under the ownership of local company Celebrity Theatres, which also has theaters in Broussard (near Lafayette) and Ruston.

This theater is closed for renovations. It will reopen on or about November 4, 2016 with reserved seating, luxury recliner seats, new restrooms, new concession stand,self-serve Coca-Cola freestyle machines

The theater has reopened and is now Celebrity Theatres, similar to its sister theaters in Broussard and Ruston, LA. It reopened November 15, 2016.

The renovation of this multiplex for Celebrity Theatres was designed by TK Architects. There are a few photos on this page of the firm’s web site.

This opened on March 18th, 1994. Grand opening ad in the photo section.