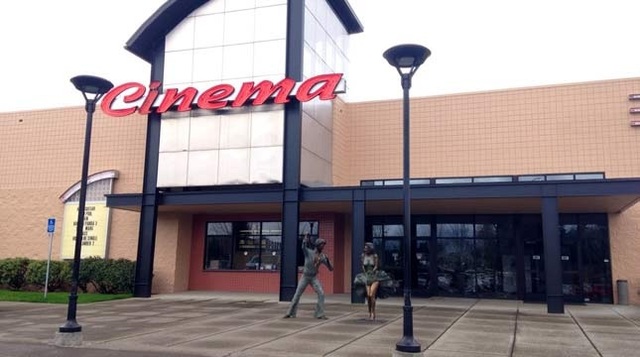 The eight-screen Sandy Cinema opened in 2002. It is operated as a first-run movie house by the Prestige Theatres mini chain which also operates the Independence Cinema in Independence, OR and the Battle Ground Cinema in Battle Ground, WA.

Isn’t this theater operated by a relative of Tom Moyer?

For a big modern theater, i actually like it.