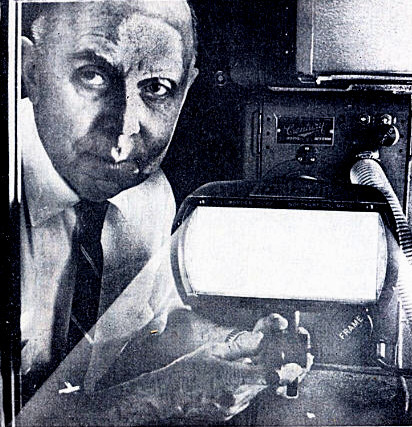 Redstone Cinemas was a pioneer in the multi-screen cinema concept from the moment they opened their first cinema, the Showcase 1&2 in Dedham, MA, in 1962. Their Showcase Cinema 1&2 in West Springfield was opened on December 31, 1964, as the first new cinema in the Springfield area since the 1930’s, and one of the first multiplexes in the entire country. The venue also has on of the most complex histories of any cinema because of the frequency of expansions, alterations and interactions with neighboring cinemas.

Located on the west side of Riverdale Road, just across the street from the Riverside Drive-In (opened in 1950), it quickly became the premiere movie venue for the city. Unlike the typical early multiplex, the auditoria were basically separate buildings sticking out 90 degrees from each other from a large two-story glass lobby featuring custom artwork, lots of glass, extensive sitting areas and large concession stands. Cinema 1 extended to the south, and Cinema 2 to the west. Cinema 1 with 700 seats, featured a curved Cinerama curtain with a flat screen behind it. (replaced by a Cinerama screen 6 months later). Screen 2, with 1,100 seats, had a flat ‘shadowbox’ screen with no curtain or masking. With their proximity to the turnpike and plentiful parking, the cinemas were a popular draw and undoubtedly hastened the decline and eventual closure of the downtown movie palaces.

The success of the venue led to a second building being built immediately to the north of the first one, opening April 19, 1967, Cinema 3 had 1,012 seats, slightly less that #2 despite being a larger auditorium. The new building boasted a large glassed in two-story lobby (as large as Auditorium #1, and connected to the old lobby via a glassed-in walkway) which carried patrons back (west) to the large north facing, spacious auditorium featuring a D150 curved screen behind a curtain. The lobby alone was as large as the 700-seat Cinema 1, and the new auditorium, although a fairly stark modern design, was comfortable as a cinema as anyone had seen. A year later, 1968, Redstone’s major regional competitor, Sack Theatres, opened the 1,000-seat Palace Cinema across the street (see separate Cinema Treasures entry). Both venues thrived, as the only first-run cinemas in the city.

The complex expanded again on June 30, 1971, with construction of a third building housing Cinemas 4 & 5. Basically a boxy rectangle, the southeast corner of this building lay approximately 75 feet to the northwest of the back of Cinema 3. A long lobby ran across the front of the structure. Beside the plentiful glass and lounging areas, the lobby featured specially commissioned artwork by Yale Art School professor Norman Ives, and the Showcase Art Gallery - a space for exhibits by local artists. The identical 762-seat auditoriums, were slightly longer and narrower than the older ones, and featured custom-designed lounging rocker chairs, ‘site-line viewing’ manifested by a partially stadium-style seating rake to the floor, and wall-to-wall surround screens.

The Complex also became at this point the first theatre in the region to accept credit cards. Box Office magazine at the time indicated this was the first multiplex of its kind in the country, perhaps referring to the number of screens. By this time, the complex had expanded beyond mere film exhibition, making the auditoriums available during off-hours to civic, club and non-profit groups for events and special screenings, holding regular children’s matinees on weekend afternoons, an annual Senior Citizens Jamboree, and the Showcase Film Group seminars for school groups.

As the 1970’s progressed, exhibitors began to favour more screens over large screens, but to save money they began splitting existing screens into two. By 1973 on of the original auditoria had been twinned down the middle, making 6 screens, and in 1975 the original Theatre #5 was also split, and by 1976 Cinema 2 had been split as well, making 8 screens. The split screens had awkward arrangements, with an unreasonably small screen somewhat off-center at the front of the oddly shaped auditoria which forced many patrons to turn to see the screen. The three buildings were now Cinema 1-2-3-4, Cinema 5, and Cinema 6-7-8 respectively. About this time the Palace Cinema (now Sack Palace) had been twinned down the middle. Around 1980, the original Cinema 5 was split and a couple of years later, the big auditorium in the middle (original Cinema 3) was split, making this a 10-plex. Unlike the other splits, this final one was front to back. In 1998, the owners bought the Sack Palace 1-2 across the street, and split the auditoria front to back, reopening them as Showcase 11-14.

The buildings eventually began to show their age, so in 2001-2002 the main complex was completely rebuilt as a state of the art megaplex with stadium seating. A few of the original auditoriums (1-3) walls (or at least their original footprint) were incorporated into the new building with opened in 2002, with the building across the street being renamed Cinemas 16-19 before closing later in the year. That building was closed down in late-2002 and demolished in 2006.

The current building is a state of the art complex, one of the best in the region, with auditoriums ranging in size from 165 to 410 seats, totalling 3,765 capacity, with 3D capability. There is a main lobby bisecting the middle of the building with halls to the north and south leading to the various auditoriums and a large food court in the central spine, which also has entrances to the two large screens #8 & #9. It was taken over by Rave Motion Picture Theatres in December 2009, and then by Cinemark in 2013, and is now all-digital with Luxury Lounger seating including both XD rooms.

Judging by the grand opening ads for screens four and five, it looks like it was a separate out building that was not actually attached to the other three. Can anybody confirm?

Showcase Cinemas 4 & 5 were featured in this single-page article from Boxoffice of August 30, 1971. There are photos of the box office and concession stand. The article doesn’t specifically say if the new twin was a separate building unconnected to the earlier three screens, but I get the impression that it was. For one thing, the concession stand looked just about big enough to serve the 1,424 seats of the twin, and no more.

The building for original Cinemas 4-5 was a completely separate building just north of the original two buildings. They’re only separated by about 50 feet. The original two buildings (original cinemas 1-3) were connected by a glass-enclosed walkway. I just posted a photo with a map of the buildings (also showing the Palace and Riverdale drive-ins across the street) showing how they all relate to each other. I’ve also just submitted a new description for this theatre on 1/18/2016 (should be up in a couple days,) which incorporates the very helpful corrections posted above, and some info from the Box Office article, and recommended that the people providing the additional information above be credited as co-contributers to the description.

As someone who spent their youth at this theater complex, most of the detail in this article is spot on. However there was no “Glass covered walkway” between Cinemas 1-2 and Cinema 3 (I use the original screen numbers) – there was a concrete walkway, but it was outdoors, with an awning covering the walkway from the west parking lot (between the two buildings) but stopping once Cinema 3 was entered. The last eighty feet were entirely unprotected as you made your way to the Cinema 1-2 entrance.

One thing which has not been mentioned is the sheer scale of the parking lots to the west of all three buildings required for over 5,000 seats. During the peak Christmas weeks, the traffic on Riverdale Road southbound (which was two lanes in each direction) could back up over one mile onto the Interstate 91 exit ramps. End up with a movie at the wrong time and you could end up in the far west lot, on a bitter cold evening, and a trudge that made you think of Dr. Zhivago.

This multiplex has finished its major renovation. Among the significant changes:

-The “Rave Motion Pictures” signage has been removed and replaced with standard Cinemark signage. -All auditoriums have been renovated with new paint, carpet, wall coverings, etc. to bring them in line with the standard “Cinemark look.” -All auditoriums now feature reserved seating for all showtimes. -Eight of the fifteen auditoriums have been converted to “Luxury Lounger” power recliner seating (at an additional ticket surcharge). -New 4K projectors have been installed in at least some auditoriums – not sure if it’s all of them. -The two largest auditoriums, #8 and #9, have been converted to Cinemark XD premium large format.

Frankly the screens here in many of the standard auditoriums are already very large, so the size increase (if any) of the XD screens isn’t terribly impressive. The two XD screens are both the same size (approximately 56 feet wide by 23 and a half feet high, going by counting ceiling tiles and the screen ratio). One XD auditorium has Luxury Loungers and thus reduced seating capacity, while the other has standard seats. Both are equipped for Auro 11.1 audio as part of the XD conversion. They’re in Scope format and have curtains on the sides, so they may use masking for Flat shows. The single Cinemark XD auditorium in the Hadley location seems to be roughly the same width but is significantly taller, it’s an unmasked, no-curtain Flat screen.

As a correction; all of the auditoriums have Luxury Lounger seating, including both XD rooms.

Currently undergoing renovations of its hallways, lobby, and concession area.