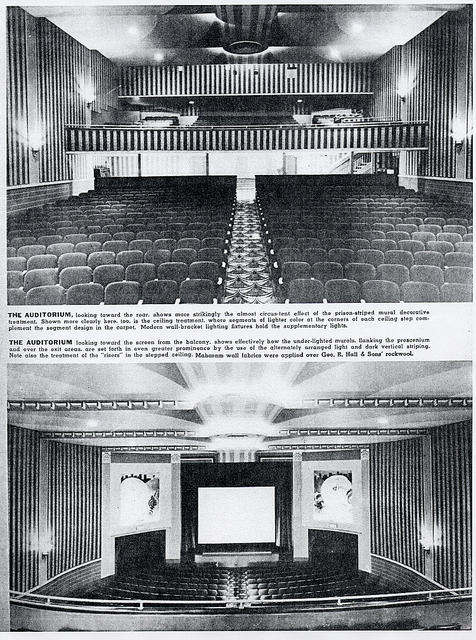 The Trylon Theater was featured in the 1941 Theatre Catalog. This is the auditorium towards the screen with “World of Tomorrow” theme murals which tie into the 1939 World’s Fair. Also seen is a view towards the balcony. The auditorium was streamlined horizontally and vertically, and featured a stepped ceiling.