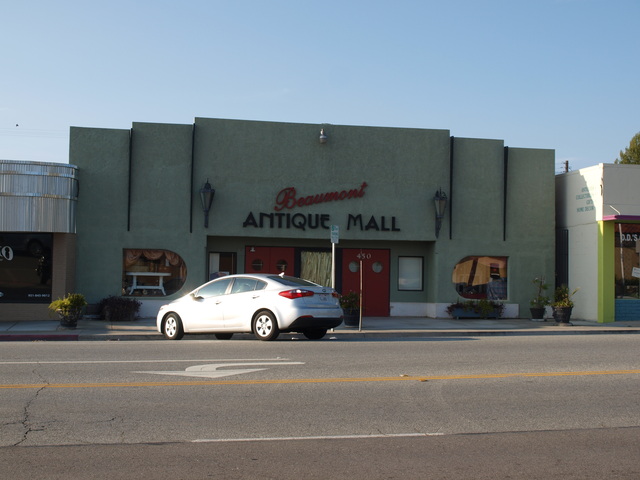 The former Beaumont Theatre, which opened on May 27, 1940 on Sixth Street near Beaumont Avenue, is now home to the Beaumont Antique Mall.

I believe this was the theatre once operated by the family of character actor Brion James. James' parents ran a theatre in Beaumont, when Brion was a child, sparking his interest in film/acting. Brion James was a prolific charater actor from the mid 70’s until his death in the late 90’s, usually playing the villian or heavy role in films/tv.

This web page features a late 1940s photo of 6th Street with the Beaumont Theatre at the center. Comparing it to current Street View, the front has been substantially altered.