This opened on December 15th, 1995 with 10 screens by Carmike Cinemas, two of which had THX sound. In 2016 it was taken over by AMC Theatres, which is expected to rebrand this theatre as AMC Classic Pensacola 10. Its grand opening ad can be found in the photo section.

AMC closed the AMC Classic Pensacola 10 on March 16, 2020 due to the COVID-19 pandemic. The circuit made the closure permanent that summer becoming one of many theatres closed by a circuit during the pandemic. 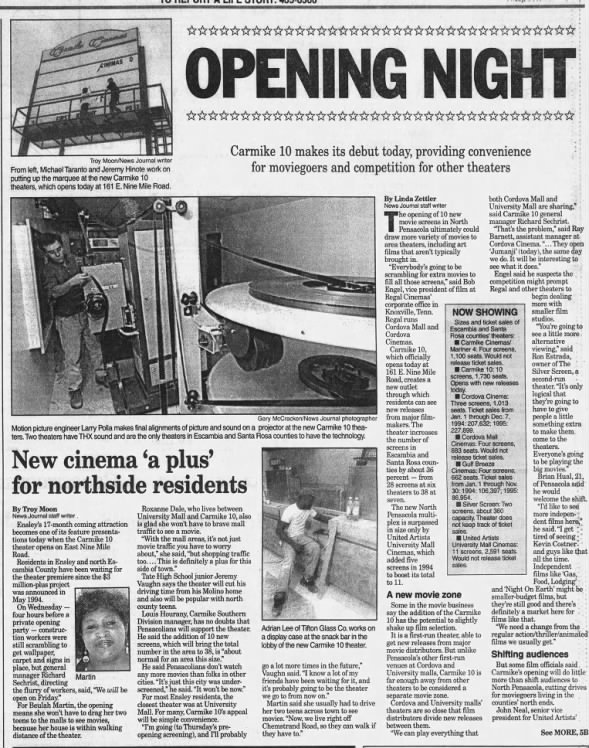