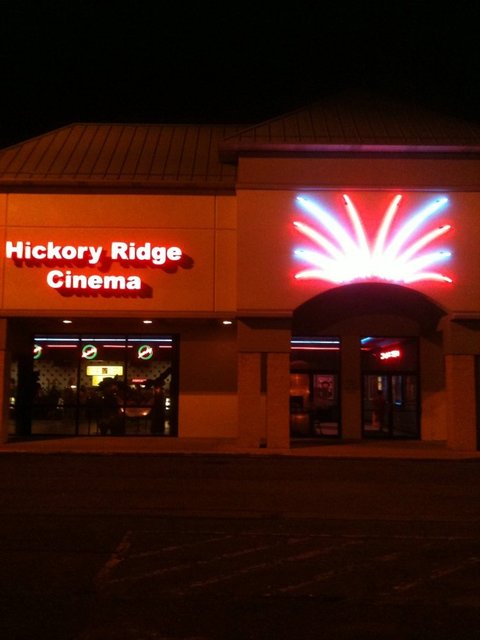 Originally opened by Regal Cinemas in the mid 1990’s, Cleveland Cinemas bought the theater in 2002 when Regal opened a 16-screen megaplex in nearby Medina. In 2007, competition grew again as Cinemark opened a 14-screen theater inside South Park Center Mall in Strongsville, forcing Hickory Ridge to lower its ticket prices and causing the 4-screen independent Strongsville Cinema to go out of business. As of early 2008, Hickory Ridge has again changed hands. Cleveland Cinemas no longer manage the theater. The theater is now run by the former owners of the Stongsville Cinema, since the theater now takes gift certificates from the now-closed Strongsville cinema