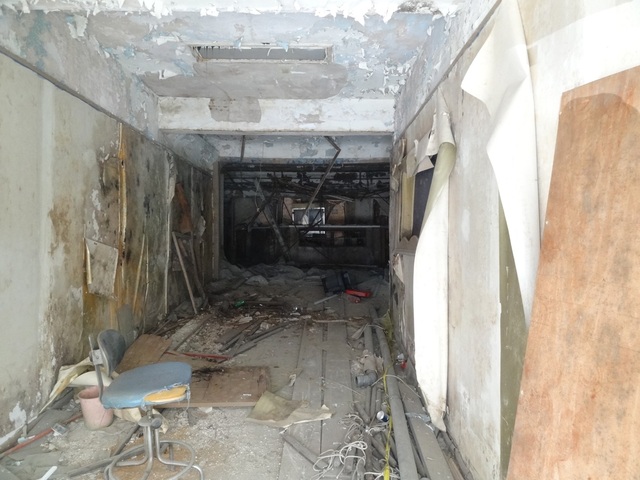 The Virginia Theatre was opened in 1922. African-Americans had their own separate entrance and were seated in the balcony. It was closed in 1994 and had become increasingly derelict.

In October 2020 it was acquired by the city for $1.00 and in August 2021 funds to the value of $2 million were supplied by the city to be used for renovating & restoring the cinema and were approved. The Virginia Theatre is planned to reopen as a live music and theatre venue in 2023.

My aunt used to be the “ticket girl” at the Virginia Theater in Somerset. I don’t know what year she started working there (probably way before I was born), but from about 1955-59 my cousins and I saw every Randolph Scott movie that was ever made in this theater. I also remember seeing the Big E’s “Jailhouse Rock” when it first came out.

On Saturday’s the local radio station used to do a live “Man on the Street” broadcast from in front of the Virginia Theater.

This theater also had a small stage and I remember seeing at least one live show that came on between movies. Only happened once, though —it wasn’t a standard thing.

I remember my aunt saying that this theater was owned by a prominent local family, but I can’t recall the name.

There was another theater about three blocks away that I believe was called the “Kentucky Theater.” It had a black front facade that I now assume was Vitrolite.

And I also remember my uncle telling me that there was one more VERY old theater that was already gone (fire?) by the middle 1950’s that was behind the Kentucky Theater.

A Commonwealth Journal article about the Virginia Cinema dated September 22, 2016, says that the Downtown Somerset Development Corporation would like to restore the house, which closed in 1994, and some adjacent vacant store buildings as a multi-use public facility that could host live events as well as occasional movies.

The Virginia Theatre was built in 1922 by T. E. Jasper and was named for his daughter. The February 9, 1922, issue of Manufacturers Record had this item about the project:

As of 2016 plans were for a restoration.

The city of Somerset has approved renovation funds. Status should be closed/renovating. https://www.cityofsomerset.com/2021/05/03/virginia-theatre-to-be-renovated-restored-as-part-of-13-million-bond-initiative/