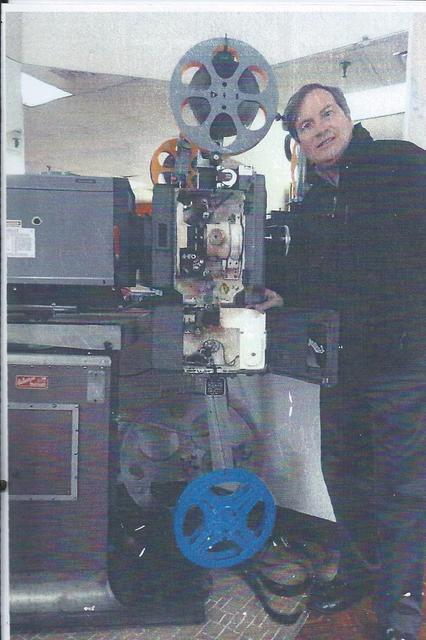 The Martin Theatre in Thomson was the place to be seen. As the name implies, it was operated by Martin Theatres of Georgia, and it opened in the early 1950’s.

On Main Street, the Martin Theatre was a disconcerting presence in the middle of a small town street, surrounded by mom & pop stores.

The nearest theatres were the Knox Theatre, Warrenton, and up the road the Wilkes Theatre. But the Martin Theatre, with its grand old entrance to a much larger theatre than Warrenton or Washington, had a huge balcony, by small town standards.

The Martin Theatre also had a boxes letter sign reading ‘MARTIN’, with a marquee below it.

It was twinned sometime in the late-1970’s or early-1980’s, and the balcony became a small theatre, much like the Carolina 1 & 2 in Hendersonville, NC.

The original 35mm projectors upstairs were scrapped for a platter downstairs in the old theatre and a platter in the new smaller theatre.

I guess the upstairs theatre seated 125 people. The larger original theatre after being remodeled probably sat about 500 folks. The original screen was still in place for a large viewing. I bet “2001: A Space Odyssey” would look great there.

I noticed they ran first-run movies concurrent with Atlanta, but instead of the $10.00 price in Atlanta, seats at the Thomson Twin Cinema were $5.00. What a deal those folks in Thomson get.

I can’t remember what was playing at the upstairs theatre that night, but it was packed. We only had a few watching “Quick Change”, and I thought they need to switch theatres. This was on a weekend evening. All this in a small town off the I-20.

One of the good things about the past was managers that could actually call a booker and book a feature.the Martin Theatre in Thomson,Georgia had a TARZAN SPECTACULAR on Sept. 7, 1961. The Three movies were:
“TARZAN"S GREAT ADVENTURE”

“TARZAN AND THE SHE DEVIL”

and “TARZAN’S HIDDEN JUNGLE” They were played on a saturday when many small town theatres would book such features,while mom shopped.

Hope to have picture on here soon showing the Marquee!!!

Just a few Old movies that Played the Martin before they Twinned it.

When they twinned they really ruined it .Surprized it hasn’t been tripled since it is thirty miles from Augusta. I do hear they have a lot of trouble there.And THomson is a small town,Admission is pretty cheap so I guess that encourages the low life to show up. I have Friends there that will not go there,It is a pity.

I see admission is now $5.oo a seat, not bad for first run.

Closed down? no showtimes anywhere.

According to their recording on the phone line they are open and showing current first run attractions.

YEP, they are still open, have a FACEBOK page, but there is more here than on the facebook page they have..

This theatre appears to be closed for good as they are not answering their Facebook page.