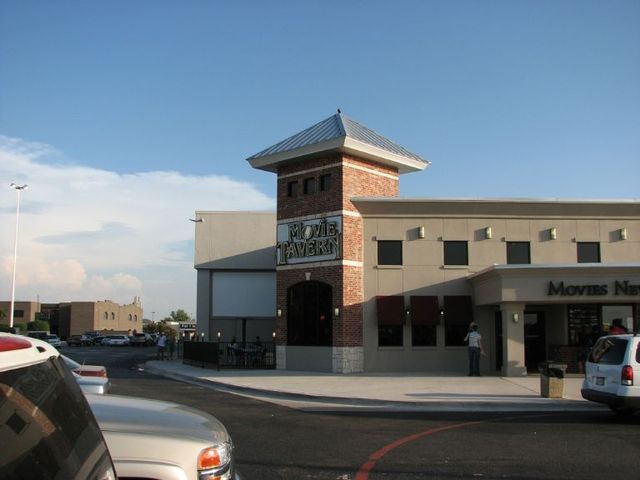 Opened June 1, 1979 as a 6-screen theatre. Four more screens were added on May 23, 1986. The former UA Hulen 10 became part of the Movie Tavern circuit on September 7, 2007. According to the company’s website, “Movie Tavern combines first-run movies with a casual dining menu offering a wide range of choices that include half-pound burgers, homemade pizzas, chicken sandwiches, wings and fries, appetizers, fresh salads, beer, wine, and mixed beverages. Of course, you can always get traditional concession items, such as soft drinks, candy, and fresh-popped popcorn as well”. On February 1, 2019 it was taken over by Marcus Theatres and rename Movie Tavern by Marcus Hulen.

The UA Hulen Cinema 6 opened as an outparcel building just to southwest of Hulen Mall which, itself, had opened theatreless in 1977. Over the past four decades, the Hulen has bucked the trend of six-screen multiplexes built by the UA chain in 1982 as well as the eight screeners built in 1984. Virtually all of the 1980s' era UAs in the DFW area largely fulfilled 20-year lease cycles and were vacated with few remaining as theaters. The Town East 6 in Mesquite became a grocery store. The Walnut Hill 6 became a bar. And the South and Las Vegas Trail became churches. But the UA Hulen Cinema 6 was a survivor and then some.

The UA circuit showed confidence in its Hulen location even when challenged in 1985 by AMC which built its AMC Hulen 10 10-screen theater just about a mile to the south of the UA Hulen 6. To keep up with AMC — if not confuse potential moviegoers — UA would transform its Hulen operation to ten screens and the two co-existed into the 21st Century. Box office personnel would constantly have to help customers with a courteous, “You want the other Hulen 10 theater a mile away.”

Thirty years later, both locations are managing to continue in operation. The AMC Hulen 10 would eventually become the Starplex 10 after AMC left completing its 20-year lease. Starplex would opt for stadium seating with the theater continuing into the mid-2010s. Regal which had taken over UA theaters would vacate the Hulen just shy of 25 years. A great run and an opportunity for another circuit to swoop in.

In the first quarter of 2007, Movie Tavern followed up the success of its full-service Bedford location by giving the former UA Hulen a $2.5 million makeover with stadium-style seating with high-back leather rocker chairs, DTS digital sound, lobby with bar, plasma displays, outdoor patio, and full dinner menu to the auditoriums opening Sept. 7, 2007. The flagship location proved popular for the circuit and the theater would get yet another shocking make-over to keep the theater relevant with more modern megaplexes.

In 2012, the theater was completely remodeled including three brand new screens with the facility’s total now at 1,265 seats. Included was a larger lobby and an expanded bar area as well as improved presentation including MT-X digital projection with Real D 3D and surround sound capabilities in all auditoriums. To say that the former UA Hulen Cinema 6 is a survivor would be an understatement as Movie Tavern was trying to keep the theater strong heading into the 2020s.

Dallasmovietheaters – Thanks for this very nice brief history—one small correction, however. The UA Hulen 6 did NOT open in 1982 but rather much earlier than that (late 1970s in fact). Although you are correct when you say that the rest of the Hulen Mall opened in 1977 and BEFORE the theatre, it wasn’t long before. I saw “Apocalypse Now” at UA Hulen in 1979 and other films there also around the same time. When it was new, it was THE PLACE in Fort Worth to see a movie (two 600-seat auditoriums and four small ones, stereo sound, etc.). It’d be great if someone posted pictures of it from that time.

This opened on June 1st, 1979. Grand opening ad in the photo section.

Expanded to 10 screens and a parking garage added on May 23rd, 1986. Grand opening ad uploaded.