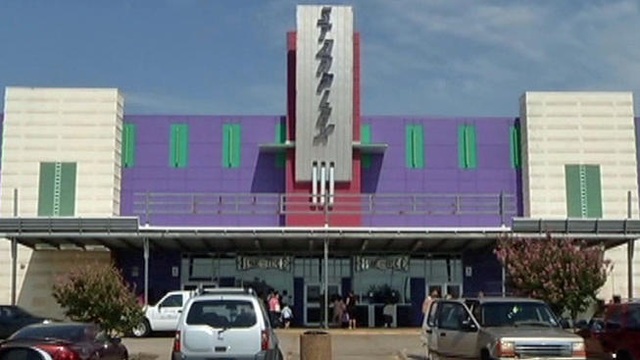 The $5 million, sub-run discount Starplex Irving Cinema 10 opened on March 29, 1996 near the interchange of Texas Highway 183 and Esters Road. Auditorium size ranged from 125 to 450 seats. The theater had DTS, Dolby Digital and SDDS at its opening with wall-to-wall screens.

The theater was the cousin to the Starplex Mesquite which opened four months later. Tickets were $1 before 6 p.m. and $1.50 after 6 p.m. with bargain Tuesdays. Its nearest competition was from the Irving Mall across the highway where two General Cinema theaters on the interior and the sub-run discount AMC Irving 6 was not far from the Mall. The AMC Irving 6 shuttered in May of 1999 which the two smaller General Cinema locations became a single-unit, 14-screen theater taken over by AMC.

In July of 2015, AMC acquired the entire Starplex chain turning the venue first to the AMC Starplex Irving 10 along with the Mesquite. In July of 2017, the Irving venue switched from sub-run, second run fare to first-run discount priced features while the Mesquite cousin stayed sub-run with its 30-screen AMC Mesquite not far away. The Starplex “Snackplex” signage remained in place along with all of the original seating in the auditoriums. The theaters were rebranded as AMC Classic locations - a designation generally given to theaters that were either inherited from other chains (e.g., Carmike and Starplex) and/or were unlikely to receive major auditorium seating upgrades. The Starcade - Starplex’s gaming arcade - was replaced by MacGuffins Bars at both locations.