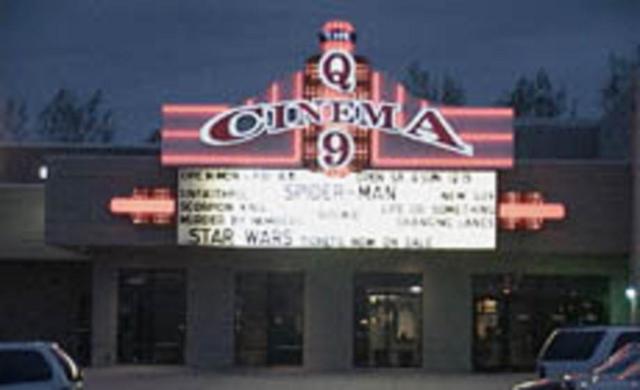 In a buy-out of most of the theatres owned by Douglas Theatres by Marcus Theatres in 2008, this theatre was closed and is not allowed to be operated as theaters.

It is called Q cinema not O.
This entry needs to be fixed.

Man, used to go to this theater a LOT as a kid. It was pretty much the only game in the area until the AMC 24 opened, if I recall. I remember, not that long ago, my sister and I went to see Jackass 2 here, and boy, the place was a DUMP! The floors were sticky, seats were worn and torn, and the employees clearly did not want to be in that relative ghost town. Few months later, the announced it was to close, and it was quickly razed into a parking lot. How times change…

In what year did this get renovated into its final configuration of nine screens?

The intention of Douglas Theatres to build what would become the Q Cinema 4 was announced in the June 21, 1971 issue of Boxoffice. The original plans, by Omaha architectural firm Wilscam & Mullins, called for a total of 1320 seats, with two auditoriums of 280 seats and two auditoriums of 380 seats each. The first phase of a projected 3-phase shopping center, also owned by Douglas Theatres, would be built at the same time as the cinemas. As noted in an earlier comment by rivest266, the theaters opened on June 28, 1972.