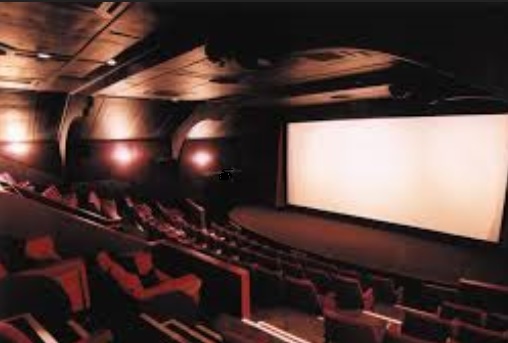 Built for £3,500 in 1882 as the Belper Public Hall. It was constructed for The Public Hall Company. This municipal building was used as a court, library, theatre and meeting hall. It began screening films part-time in 1919 using a rear projection system. In 1935 it was converted into a full time cinema, the work of Haines Builders who raked the floor in the stalls and created a balcony giving a seating capacity of 720. It had a 22ft wide proscenium and was equipped with a British Thomson-Houston(BTH) sound system. It reopened as the Ritz Cinema and was owned and operated by the Morley family, who also owned and operated the Palace Cinema in Belper. The building included shops on the frontage with a centre door to the box office and foyer. By 1954 the Ritz Cinema & the Palace Cinema were both operated by the Leeds based Star Cinemas chain.

On 3rd November 2006 it was taken over by new operators and the circle was reverted back to a single auditorium, with bingo continuing downstairs. Seating is provided for 99, with 18 luxury seats, 4 sofas for two and 73 standard seats. Projection is by a Christie CP4220 4K projector and a Dolby CP70 sound processor (7.1). The screen is 8.2 metres x 3.43 (common height). There is a fully licenced bar, which also serves coffee & tea, home-made cakes and other cinema concessions.

Originally built as the Town Hall & Law Court (the name Belper Public Hall is engraved in the stonework on top of the buildings facade). It opened as the Ritz Cinema (around 1939 I believe) with a seating capacity of 720 (later reduced to 555). It had rear projection with the projection box being located behind the screen.

In 1971 it was split into two screens, each seating 75 persons. The twin cinema operated until October 1991 when it was closed.

On 3rd November 2006, the Ritz Cinema re-opened as a single screen cinema following a Â£250,000 refurbishment. It boasts 100 luxury seats.

Further details I have found on the history of the Ritz Cinema:

The building was built in 1882 and first showed film in 1919, but was not a full time cinema. It was converted into the Ritz Cinema in 1935 with seating for 720 in stalls and circle. In 1971 Star Cinemas took over the operation and converted the stalls into a bingo hall and split the balcony into two cinemas seating 75 seats each. It is this area which has now been re-opened as the Ritz Cinema. I believe bingo still operates in the former stalls area.

The Kine Year Book of 1962 at that date Star Cinemas were running the Cinema. The Conversion was carried out by Modernisation Ltd.,

On my visit in September, 2019 there was a big queue for the 10.30 am matinee of Downton Abbey and the bingo hall downstairs with separate entrance was still functioning.