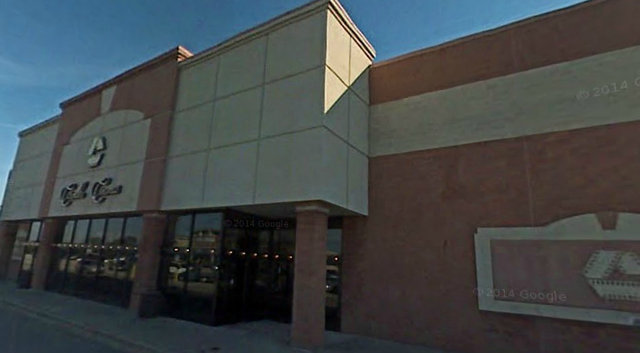 A ten screen theatre located near the South Hills Village Mall in the Bethel Park, district to the southwest of Pittsburgh, PA.. It was opened by Carmike Cinemas on July 10, 1998. It was taken over by AMC in November 2016.

This used to be a five screen theater when my dad managed it (back when it was a Cinema World). I think the set-up was much better as a five plex than it is as the ten plex (stadium seating and all).

The theater is in Bethel Park just yards from the border of Upper St. Clair in the South Hills suburbs near Pittsburgh.

(The nearby South Hills Village is part Bethel and part Upper St. Clair.)

The capacity of this theater was 1,303 when it opened in 1966 as the glorious, stylish one-screen Village.

The totally refurbished Carmike 10 (Spare us these dumb generic names!), which opened in July 1998, was a vast improvement on the five-screen version of the Village.

The original one-screen auditorium was for a few years the nicest second-run theater in Western Pennsylvania, I think.

A sign of the changing times occurred in 1970 when the first-run Chatham Cinema Downtown/Uptown did terrific business for 14 weeks with “Airport.” The picture was still doing major holdover business when Universal yanked it to give it to a few suburban theaters including the Village. When the Village outdrew the biggest of the 14 weeks at the Chatham, the writing was on the wall: Movies, even pictures that have been playing for 14 weeks Downtown, could do better in the posh new suburban houses. We all know how booking patterns shifted dramatically in the years that followed, sealing the fates of the Downtown first-run theaters and then closing them one by one.

Ironically, the rush to open more screens in the suburbs led to the chopping up of some of the nice houses, including the Village, that had made “Airport” so attractive there.

I remember when this opened. I worked for Carmike at the time.. it was so fancy!!!!

Grand opening is a page back of View link