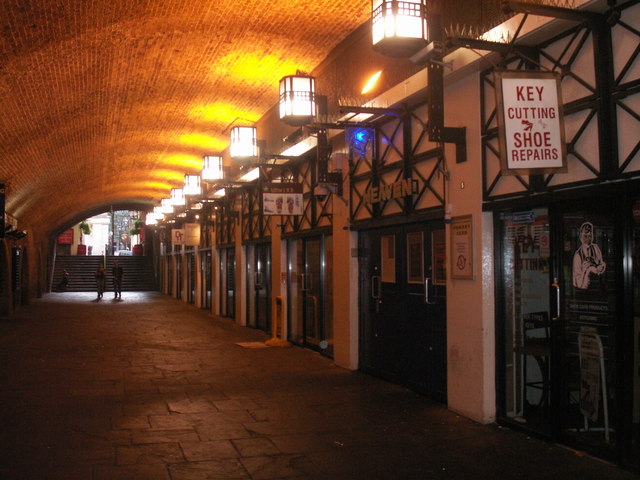 Located within the two level deep, Hungerford Arches, which are beneath Charing Cross mainline railway station. Global Village opened on 15th February 1973 as an entertainment complex which included a cinema named Arches Film Society, two discotheques and a restaurant. It was a members only venue and had a general admission ‘all in’ price of £1.50.

During the daytime a film club (the Arches Film Society) operated in the cinema, which was located in the upper section of the arches. It opened with Cheri Caffaro in “The Abductors” (shown in it original uncut version). The film "Tales of Mystery and Imagination"(Histoire Extraordinaire) directed by Federico Fellini/Louis Malle & Roger Vadim had its London premier here. After a while the cinema section was open to the general public during the day, but remained part of the members only club during the evenings.

The cinema had closed by 1975 and in late-1979 the complex was renamed Heaven. Roller disco was now all the rage in the main dance area. In 1981 it was purchased by Richard Branson, head of the Virgin Group of companies. Heaven was London’s largest gay nightclub which continued operating for 32 years, attracting over 2,000 clubbers every night into its four dance areas. The former cinema auditorium became known as the ‘Star Bar’.

From 11th October 2008, the operators of the former Astoria Theatre, Charing Cross Road, which had been G-A-Y Club for many years, and was under threat of re-development and was demolished for the Crossrail scheme, transferred the venue to Heaven, and re-named it G-A-Y at Heaven.

The venue was operating as ‘Global Village’ in the 70s and was used as a location in ‘The Minder’ tv show (Series 1 episode 9). In late 1979 the venue was transformed into Heaven nightclub. Richard Branson / Virgin bought the venue in 1981. It is still operating as Heaven / G-A-Y.