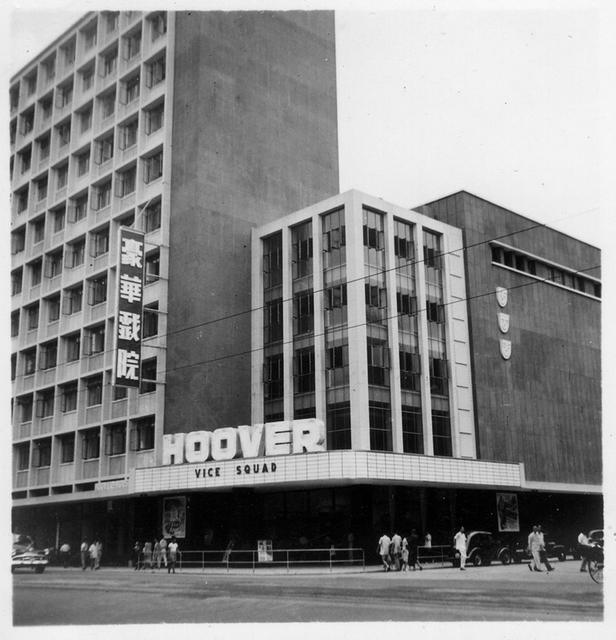 The Hoover Theatre was situated in the Causeway Bay district on the Hong Kong Island.

It opened to business on 6th May, 1954 with “The Sword and the Rose”. The theatre claimed to be the most luxurious theatre on the Hong Kong Island in the 1950’s.

Its spacious and splendidly decorated lobby was on the ground floor, while the auditorium was on the first floor. A car park which could accommodate 38 cars was in the underground.

On 31st May, 1974, a home made bomb exploded in the front stalls and eleven patrons were injured.

It showed first run English language and
Chinese dialect films until its closure on 1st October, 1981 with a pornographic film.

An office building was built on the site of the theatre.

I am named after this cinema