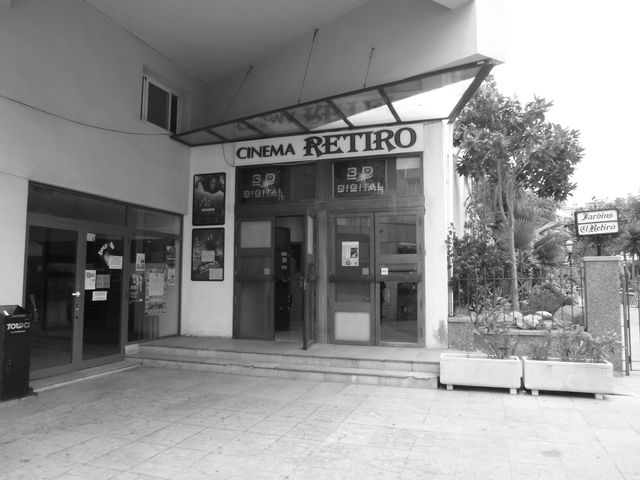 A small cinema in the town centre with a very village hall feel to it. It is entered by walking up a small driveway/path and into a small modern foyer with box office and kiosk. Then through double doors into the main auditorium.

The Cine El Retiro has been recently renovated (in around 2006) and also has a new 35mm projector and Dolby Stereo Sound. It screens main run Hollywood and Spanish movies. The American movies are dubbed into Spanish. It is also host to many premiers and is a venue used for the annual Sitges Film Festival, usually held in early October.