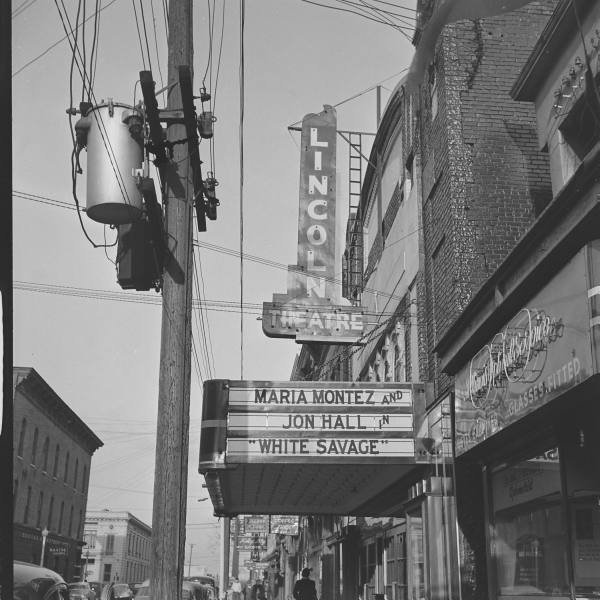 Opened in 1917 as the Kimmel Theatre (replacing an earlier Kimmel Theatre [1911-1917] a few doors down 8th Street). The theatre was renamed the Jackson Theatre in 1932 and at the end of 1936, again renamed the Rodgers Theatre. Later in the 1950’s, the theatre was once more renamed, this time as the Lincoln Theatre. It continued to operate until the late-1960’s. The building is now home to Cairo’s Elks club.

I believe the Rodgers Theater became the Lincoln Theater when it became Cairo’s African American move theater after the Opera House closed in the 50’s.

The Lincoln Theatre in Cairo was mentioned in Boxoffice of June 14, 1947. The Opera House had burned down on February 7 that same year. If the Rodgers became the Lincoln when it replaced the Opera House as the town’s African-American theater, then the name change must have taken place that year.

Boxoffice of October 26, 1957, reported that the Rodgers circuit had announced that their Lincoln Theatre at Cairo would be closed “…for an indefinite period.” I haven’t found any later mentions of the Lincoln in Boxoffice.

In the photo above, the Lincoln is showing a movie released in 1948, which would seem to confirm that the Rodgers became the Lincoln in 1947.