Was one of the first muti-screen theaters in Fresno. Closed in 2000, the theater building still stands vacant, but its parking lot is used by a used car dealership.

I thought that the theater had been torn down, or at least part of it, because the building that is there now is part of the car lot.

Festival Enterprises launched this 6-plex on December 25, 1975 as it raced against the UA quadplex project that would open the previous week on December 19th. The Festval had “Lucky Lady,” “Dog Day Afternoon” and “Man Who Would be King"among their openers. Mann took on the venue selling it in 2000. The theatre closed after a 15-year run and became an auto dealer. 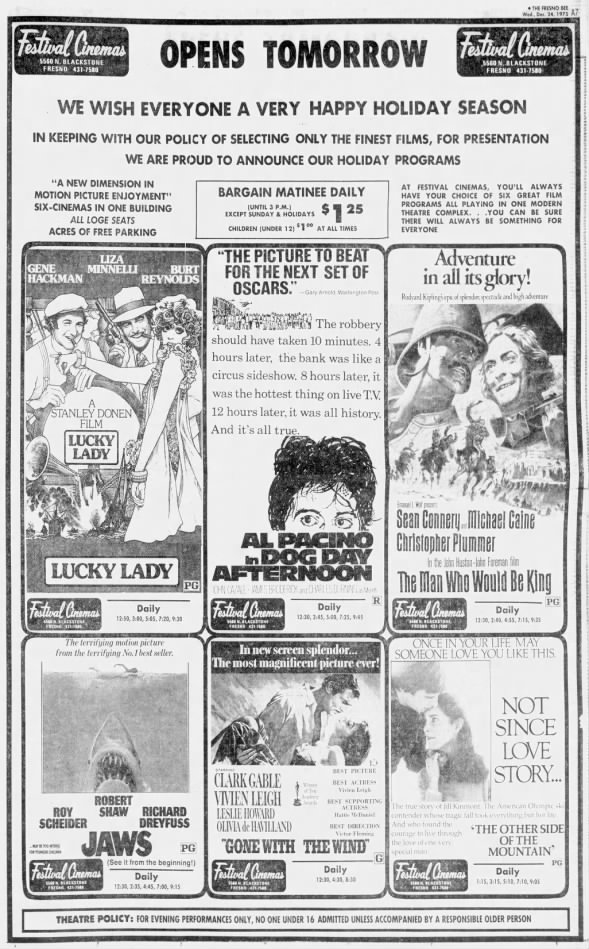