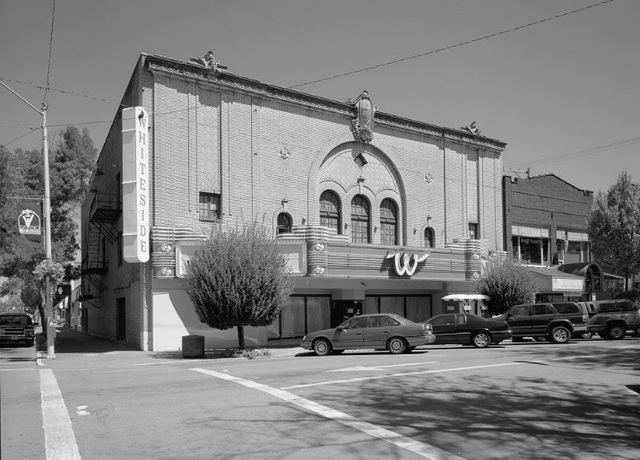 When it opened November 9, 1922 with “The Old Homestead”. It was the grandest theatre in Oregon, second only to the Liberty Theatre in Portland.

The Whiteside Theatre had the largest Wurlitzer organ in the state at the time. It had a 2 manual console.

It was designed by Seattle architect Henderson Ryan. This theatre was built for movies, but has had live vaudeville acts on stage as well. On October 19, 1927 the auditorium was badly damaged by fire. It was refurbished and a new Wurlitzer organ was installed, with the theatre reopening January 2, 1928 with Glenn Tyrone in “A Hero for the Night”.

It closed on January 27, 2002, and in May 2008 was donated by Regal Entertainment Group to the Whiteside Theatre Foundation. Plans are proposed to program movies, local and touring live performances, educational workshops and other special events. It reopened in September 2011 presenting live performances and classic movies.

The Whiteside Theatre was listed on the National Register of Historic Places on February 25, 2009.

Can anyone please tell me how to contact the owners of Whiteside theater? I would love to take a tour of the place for a research study.

Here is a photo following the closure:
http://tinyurl.com/22jbfc

That WurliTzer was sold to Oregon State University and installed in their sports arena, Gill Coliseum. There, the organ’s sound was swallowed up by the cavernous building, and it saw little use.

However, in June of this year, removal of the organ at the Coliseum for restoration and a RETURN to the Whiteside theatre!

From Boxoffice magazine in December 1951:

CORVALLIS, ORE.-John W. Buck has been named full-time manager of the Whiteside Theatre, it was announced by Charles Whiteside for the owners. Whiteside indicated that he would still be active in theatre operations but would devote more time to hunting, fishing and other recreational activities.

Although there is more renovation work to be done, including relighting the marquee. The Whiteside reopened Sept. 2011 for live events.

How long before the marquee is done?

Function should also include: Movies (classic) 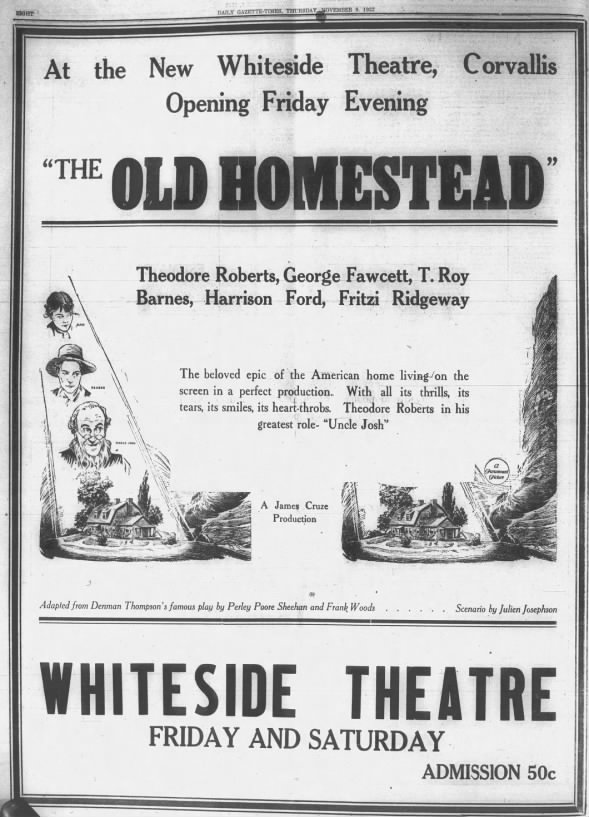