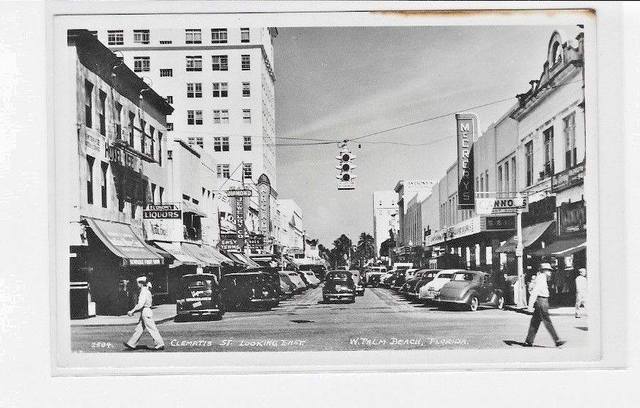 This was the second Arcade Theatre to operate in West Palm Beach, operating by 1922.

The Arcade was once part of both the Paramount and Fox theatre circuits.

This appears to have been the second Arcade Theatre in West Palm Beach. The first, operating by 1915, was the house on Narcissus Street that later became the Rialto. The Clematis Street Arcade might have been the projected theater that was mentioned in the May 18, 1922, issue of Manufacturers Record:

Poinsettia Street has since been renamed Dixie Highway, which crosses Clematis Street a few doors west of the site of the Arcade Theatre. I’ve found no evidence that the second Arcade was actually in operation as early as 1922, but as the building has been demolished and its replacement is old enough to have developed a good-sized crack in the facade, it doesn’t seem unlikely that the theater would have been built that early.

Fagan Arcade was the name of a West Palm Beach shopping arcade developed in the 1920s. I’m not sure the name was ever an AKA for the Arcade Theatre, and the two might not have been related at all, even though they were on the same block.

An advertisement for the proposed arcade development appeared in the Palm Beach Post of March 23, 1925, and made no mention of a theater as part of the project. The advertisement can be seen here at Google News.

Enjoyed seeing a photo of this former theatre location in downtown WPB! When I lived in that area I recall going to the Paramount Theatre though it is no longer there either.